Darby made landfall July 23 along the Ka’u coast of the Big Island as a tropical storm, near where Tropical Storm Iselle made landfall about two years ago. At the time, Iselle was the first tropical storm approaching from the east to hit the Big Island since an unnamed storm hit from that direction in 1958. The other two recorded tropical cyclones to make landfall on Hawaii both hit Kauai—Category 4 Hurricane Iniki in 1992 and Category 1 Hurricane Dot in 1959.

Although Hawaii landfall risk is relatively low because the land masses are so small, bypassing storms can cause significant damage. Hurricane Iwa, for example, tracked just west of Kauai in 1982 and caused significant damage on the island. 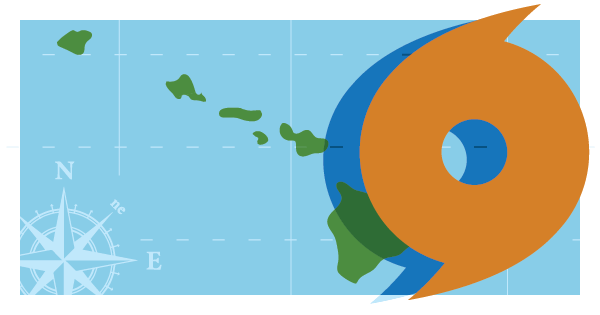