Only three hurricanes have struck the U.S. at Cat 5 strength

Since official record keeping began in 1851, only three hurricanes have struck the United States at Category 5 strength.The first was an unnamed storm that hit the Florida Keys in 1935, the next was 1969's Hurricane Camille, which made landfall in Louisiana, and the last was Hurricane Andrew, which struck Florida in 1992 and forever changed the landscape of risk management. 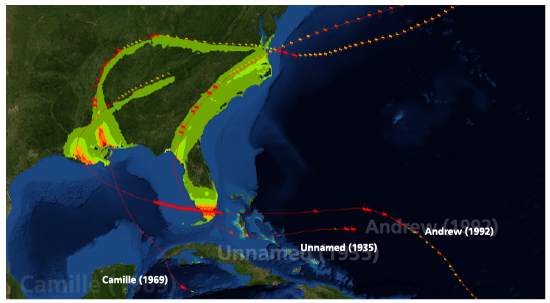