Did You Know That Twin Tropical Cyclones Lam and Marcia Were a First for Australia?

Headlines screamed “Sharknado!” when Tropical Cyclone Marcia washed a four-foot long shark ashore in Australia early in 2015, but Marcia has an even greater claim to fame.

It is rare for two severe tropical cyclones to make landfall in the same region on the same day, but Tropical Cyclones Lam and Marcia did. Reaching maximum sustained winds of 185 km/h, Lam made landfall in the Northern Territory early on February 19 as a Category 4 system (Australian Bureau of Meteorology scale). About six hours later and 2000 km (1300 m) southeastward, Marcia arrived in central Queensland as a category 5 storm with winds gusting up to 285 km/h. This was the first time two such intense storms have been recorded striking Australia on the same day. 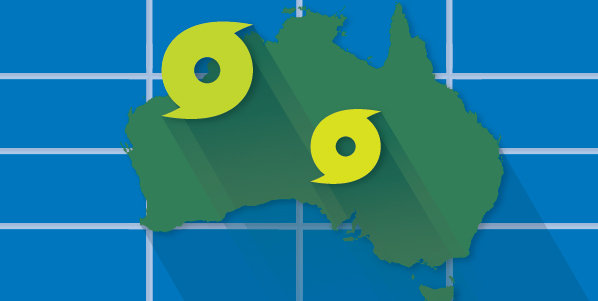