Editor's Note: This month marks the 20th anniversary of Hurricane Iniki, the most destructive in Hawaii's history. In this article, Scott Stransky, a Senior Scientist in AIR's Research and Modeling group, discusses hurricane risk in Hawaii.

Twenty years ago, the most powerful storm to strike the Hawaiian Islands in recorded history made landfall on the island of Kauai on September 11, 1992. With sustained winds of 140 miles per hour, Hurricane Iniki pummeled Kauai and caused damage in the nearby island of Oahu as well. In all, Iniki inflicted billions of dollars of property damage on the state of Hawaii, leaving over 14,000 homes damaged or destroyed.

Hurricanes seldom affect Hawaii, and strong ones like Iniki are even rarer. But given the strength of Hurricane Iniki and the scope of the damage it inflicted, how concerned should residents and insurance companies be about hurricane risk in Hawaii? In this article, we evaluate tropical cyclone risk in the Central Pacific basin, summarize Iniki's characteristics and effects, and use the updated AIR Tropical Cyclone Model for Hawaii (scheduled for release in 2013 in Version 15.0 of AIR's software products) to estimate the damage an Iniki-like storm could cause if it were to strike the state's capital city of Honolulu. 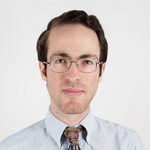 The article: Examines hurricane risk in the Central Pacific basin, describes the major features of Iniki and the damage it caused, and estimates the insured losses an Iniki-like hurricane would inflict if it were to strike Hawaii's capital city, Honolulu, today.

Highlights: The devastation caused by Hurricane Iniki twenty years ago is a powerful reminder of Hawaii's vulnerability to tropical cyclones, even though these catastrophic events rarely strike the islands.

Storm formation is most common between June and November, when vertical wind shear is low, sea surface temperatures are warm, and other favorable conditions are more likely to be present. But, just how common are these "right" conditions?

The tropical Pacific shifts between the two phases of the El Niño-Southern Oscillation (ENSO) every 3-4 years, leading to an average of two or three periods of enhanced hurricane risk in Hawaii per decade (see sidebar). Very few tropical cyclones, however, are known to have affected Hawaii. Hawaii is a very small "target" within the vastness of the Pacific Ocean, which reduces the probability of landfall.

Indeed, since reliable record keeping began in the 1950s, Hawaii has, on average, been affected by just one damaging tropical cyclone per decade. The tracks and Saffir-Simpson categories of the five most significant tropical cyclones to affect Hawaii since 1950 are shown in Figure 1 (note that the colors show how each storm intensified or weakened throughout its lifespan).

However, strong hurricanes are still possible in the tropical Atlantic during El Niño seasons. For example, in 1992, the same year that Hurricane Iniki struck Hawaii, Hurricane Andrew (Category 5) made landfall in Florida, causing billions of dollars of damage.

This inverse correlation is explicitly accounted for in the 2013 release of the AIR Tropical Cyclone Model for Hawaii, creating the industry's first comprehensive view of hurricane risk across the North Atlantic, Eastern Pacific, and Central Pacific basins.

Of course, hurricanes have been causing damage in Hawaii long before official records were kept. For example, eyewitness1 reports of the 1871 Kohala cyclone, a storm that hit the island of Maui, vividly describe the destruction:

"…whole trees might be seen pirouetting and [galloping] down one street and up another, while the horrible roar of the gale, now shrieking like 5000 steam whistles let off at once, now becoming like a magnificent thunder kept up with music to the mad performance…Add to that an inveterate rain that knew no ceasing from early morn to late at night and you might have an idea of a tropical storm in Lahaina."

"In our garden there is scarcely a whole tree of any kind remaining. A mango tree 15 inches in diameter was snapped as a pipe stem, just above the surface of the ground. Old solid kukui trees which had stood the storms of scores of years were torn up and pitched about like chaff…"

On September 5, 1992, the tropical depression that would become Hurricane Iniki took shape about 1600 miles southwest of Baja California. The system intensified as it tracked westward across the Central Pacific, reaching hurricane strength on September 9, about 470 miles southeast of Hilo, on the island of Hawaii (see Figure 1 and Figure 2). Over the course of the following day, Hurricane Iniki turned sharply toward the north, steered by increased southerly flow of local winds, putting the storm on a direct path for Kauai. When Hurricane Iniki made landfall on Kauai on September 11, 1992, this small but intense storm exhibited sustained winds of 140 miles per hour and gusts of up to 175 miles per hour, making Iniki the most powerful storm to strike Hawaii in the officially recorded history.2

Although the south shore of Kauai experienced the worst damage from both wind and storm surge, damage was extensive over the whole island. Hurricane Iniki damaged or destroyed more than 14,000 homes on Kauai; of these, more than 5,000 suffered major damage and almost 1,500 residences were completely flattened. In all, nearly 90% of structures on Kauai were damaged. Hurricane Iniki also downed over 35% of the power lines on Kauai, inflicting a blackout over the entire island and wiping out nearly all communication systems. Crop damage was significant, with important agricultural products such as sugar cane, papaya, and bananas suffering the worst effects.

If Hurricane Iniki were to strike today, AIR estimates that insured losses would exceed USD 3 billion.

Oahu, where Hawaii's capital city of Honolulu is located, is the economic and cultural hub of Hawaii. A direct hurricane strike on this island would have far-reaching effects on the state as a whole. Honolulu hosts many government offices and tourist attractions, and is home to more than 300,000 residents. According to AIR's calculations, just over 70% of the exposure value on the Hawaiian Islands is located within Honolulu. Waikiki, a major beach destination in Hawaii, is also located in the island of Oahu. Many economically important crops are grown on Oahu, including pineapples, coffee, and macadamia nuts.

About one quarter of homes in Honolulu are characterized by single-wall construction, with lightweight metal roofs, "tofu block" foundation,3 and light outer cladding. These are especially vulnerable to hurricane winds and are likely to experience the worst damage because of weak connections between adjacent structural elements. Although stronger, more wind-resistant double-walled homes (conventional timber frame structures) make up a much larger percentage (about three quarters) of residences in Honolulu, these houses would not escape damage. For example, all buildings with large windows and garage doors—regardless of wall structure—were notably vulnerable to damage during Iniki.

The effects of an Iniki-like storm on Honolulu and the entire island of Oahu would certainly be significant and far-reaching. But is such a scenario realistic? Based on reports from the 1871 Kohala cyclone (described above), along with reports of several other hurricanes from the 1800s, AIR researchers have concluded that Iniki could have made landfall on Maui or Oahu, instead of Kauai, under only slightly different steering conditions. Furthermore, Iniki would have been just as intense had it struck Maui or Oahu, instead of Kauai. The storm's track—and which island it eventually struck—depended mainly on when the storm made its sharp turn toward the north, not on the storm's strength or other parameters. In addition, anecdotal evidence from the Kohala event and other cyclones in the 1800s directly contradicts the popular belief that Kauai is the only island vulnerable to Hawaiian hurricanes.

To assess the impact of an Iniki-like storm on Oahu, the updated AIR Tropical Cyclone Model for Hawaii was used to conduct a sensitivity study. Specifically, AIR simulated a storm identical to Hurricane Iniki in its meteorological parameters—including central pressure, radius of maximum winds, and forward speed—but with a track that takes it to Oahu, about 100 miles east of Kauai (see Figure 3).

Using the updated model, AIR calculates that the insured losses caused by a direct hit on Honolulu by this simulated event would approach USD 37 billion—over 11 times higher than the estimated losses from a recurrence of Hurricane Iniki. It should be noted that a similar event with a lower central pressure, a larger radius of maximum winds, or a slower forward speed could cause even greater losses.

From a meteorological perspective, the probability of an Iniki-like event striking Kauai is similar to the annual probability of an Iniki-like event striking Oahu. Indeed, Professor Gary Barnes, a meteorologist from the University of Hawaii and one of the peer reviewers of AIR's updated model, wrote in his review that the new model "is assuming equal risk across the islands. Any person or group that thinks otherwise is engaged in wishful thinking." The resulting losses, however, are strikingly different.

Although hurricanes seldom strike the Hawaiian Islands, residents of all of the islands and insurers should still be prepared for the devastation they can cause. The updated AIR Tropical Cyclone Model for Hawaii (to be released in 2013) estimates that a tropical cyclone identical to Hurricane Iniki, if it were to strike Honolulu and Oahu, would inflict insured losses of nearly USD 37 billion. Other hypothetical events modeled on Hurricane Iniki could cause even higher losses, for which the insurance industry must be prepared.

1 Source: These eyewitness accounts were published in the August 22, 1871 issue of The Hawaiian Gazette. They are also quoted by NOAA here: http://www.prh.noaa.gov/cphc/summaries/1800s.php)

3 A "tofu block" foundation means that, rather than resting on a concrete slab, a post and beam system is used to support the first floor. This means that the house stands on short wooden posts perched on concrete blocks, like little stilts, leaving an air space between the house's floor and the ground.