How Did Manufactured Homes Fare During Hurricane Matthew?

Within a week of Hurricane Matthew's close bypass along the southeastern coast of Florida on October 7, an AIR damage survey team was on its way south. Its mission was to assess the damage Matthew's winds inflicted on manufactured homes.

After threading its way through the Caribbean for more than a week, Hurricane Matthew was downgraded to a Category 3 hurricane with 115 mph maximum winds as it headed toward the Florida coast. The storm's eye came as close as 25 miles east of Cape Canaveral, then tracked about 30 miles east-southeast of Daytona Beach, which recorded 1-minute sustained winds of between 60 and 80 mph. A rare extreme wind warning was issued by the National Weather Service for all of Brevard County. 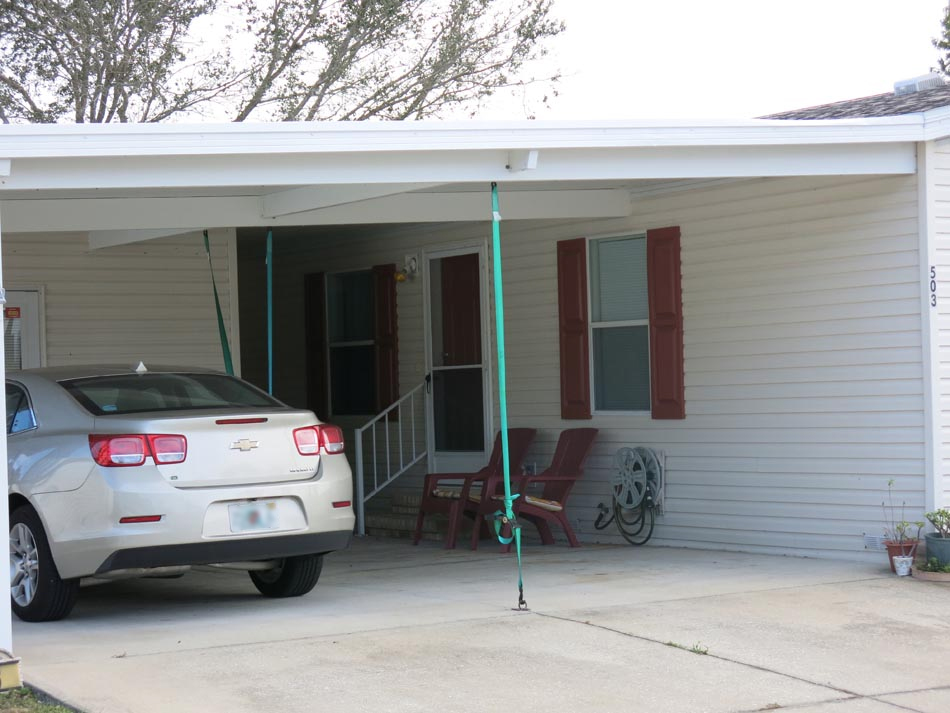 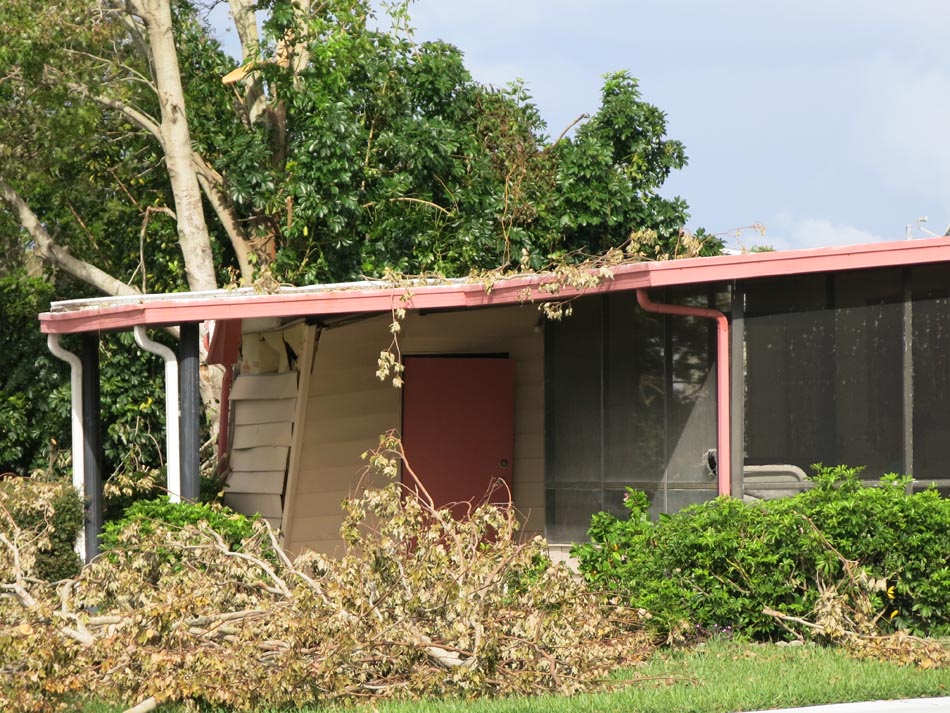 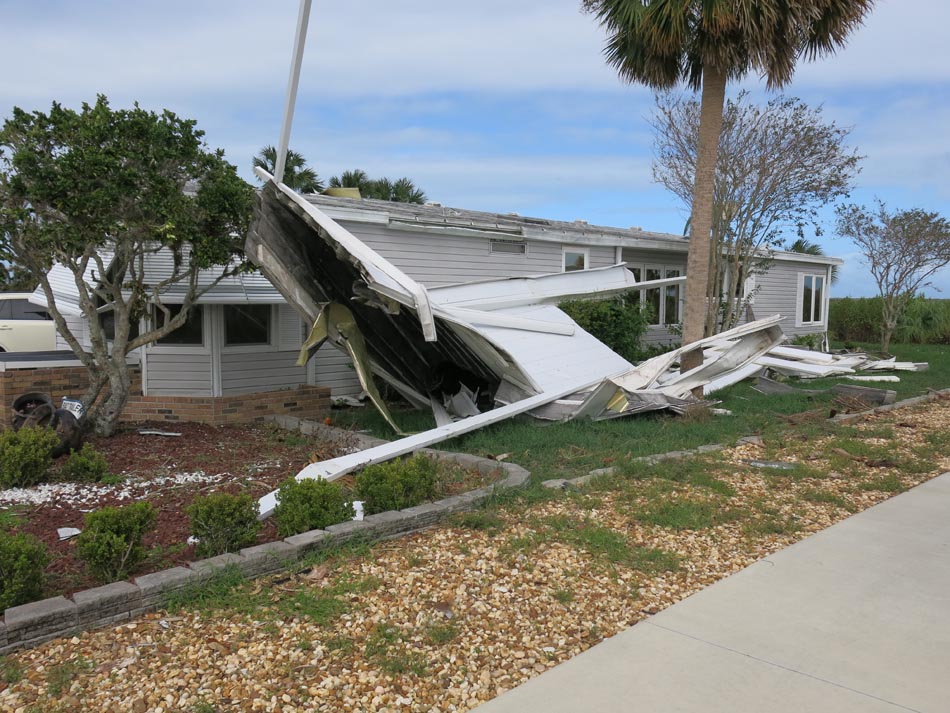 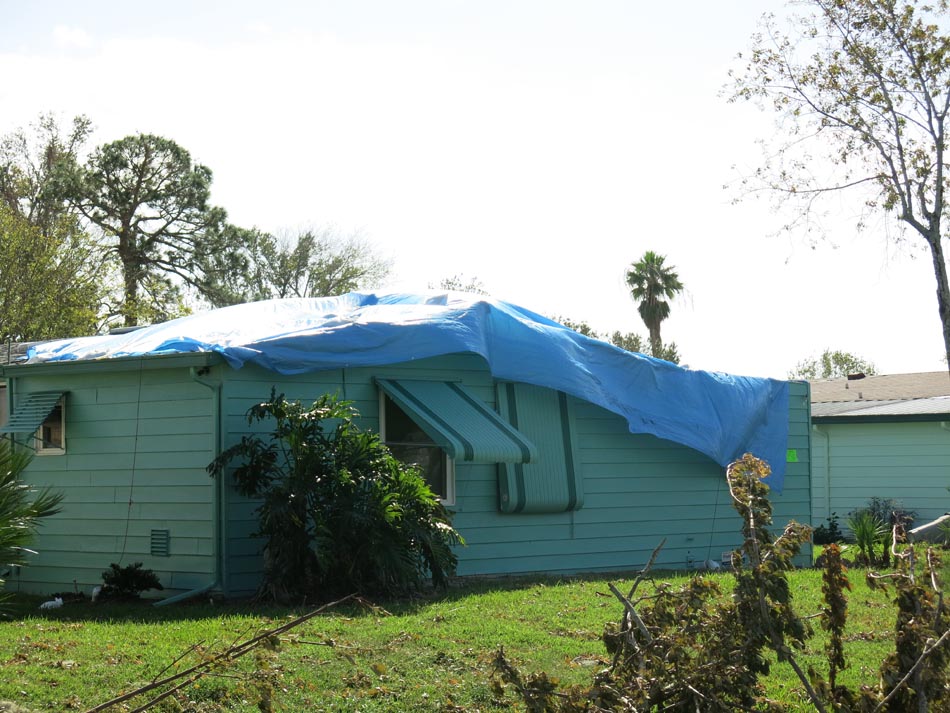 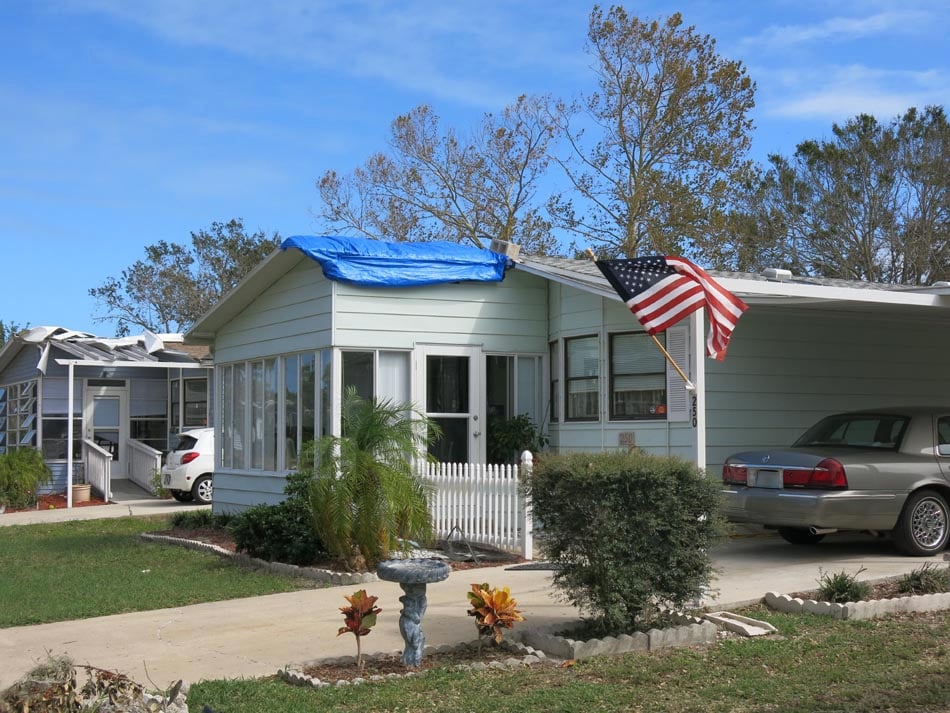 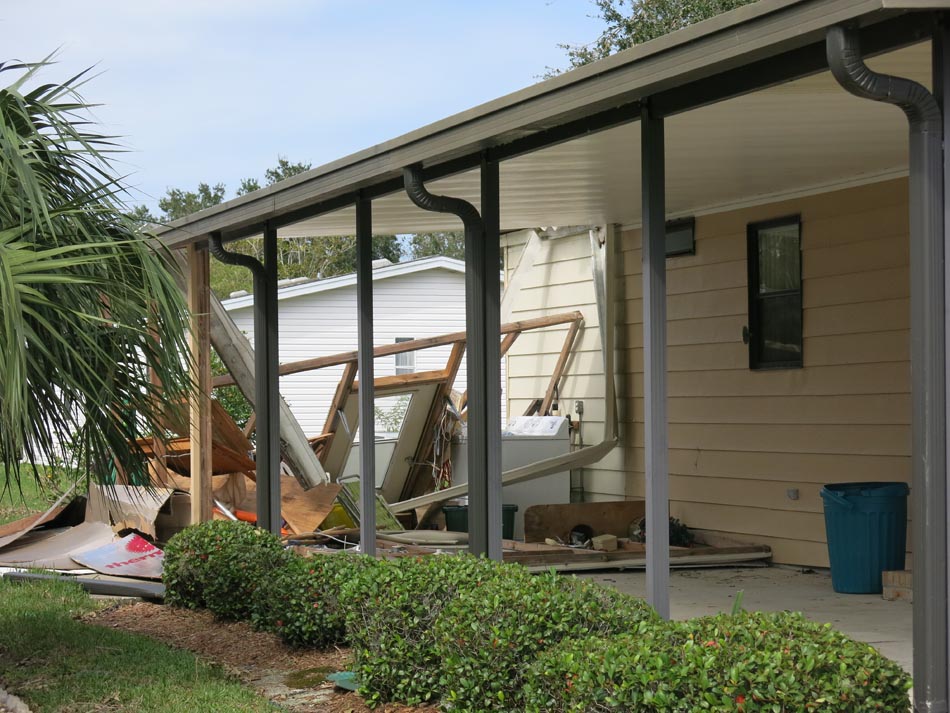 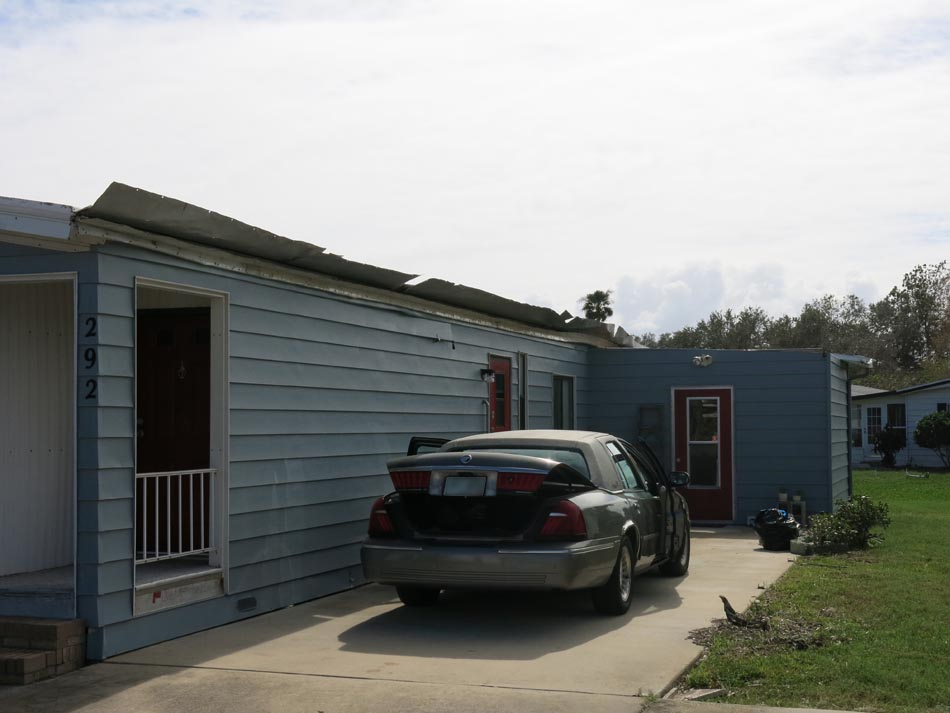 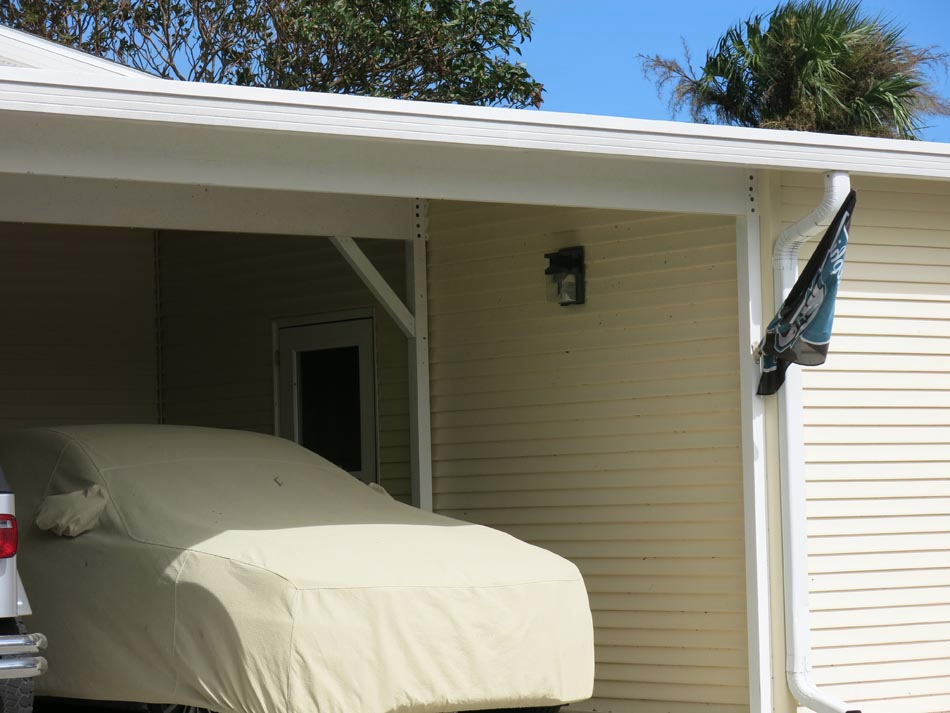 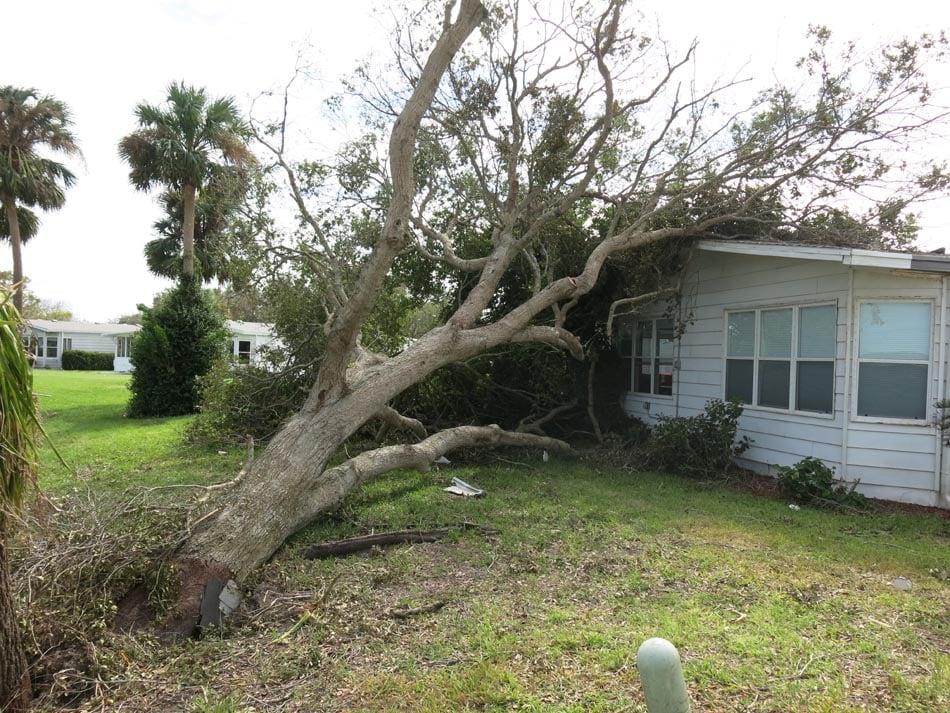 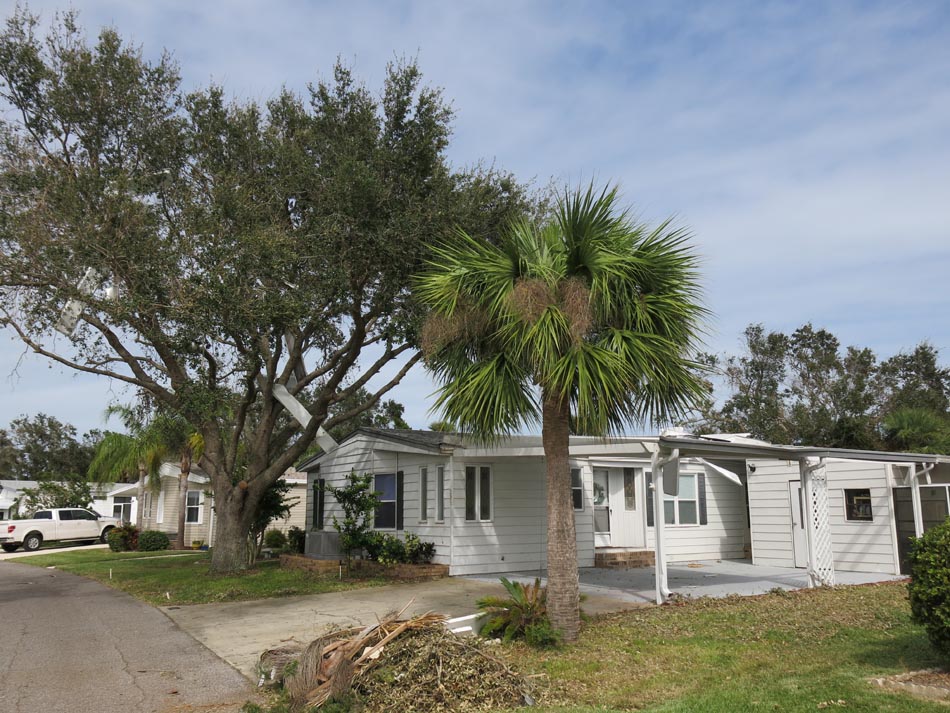 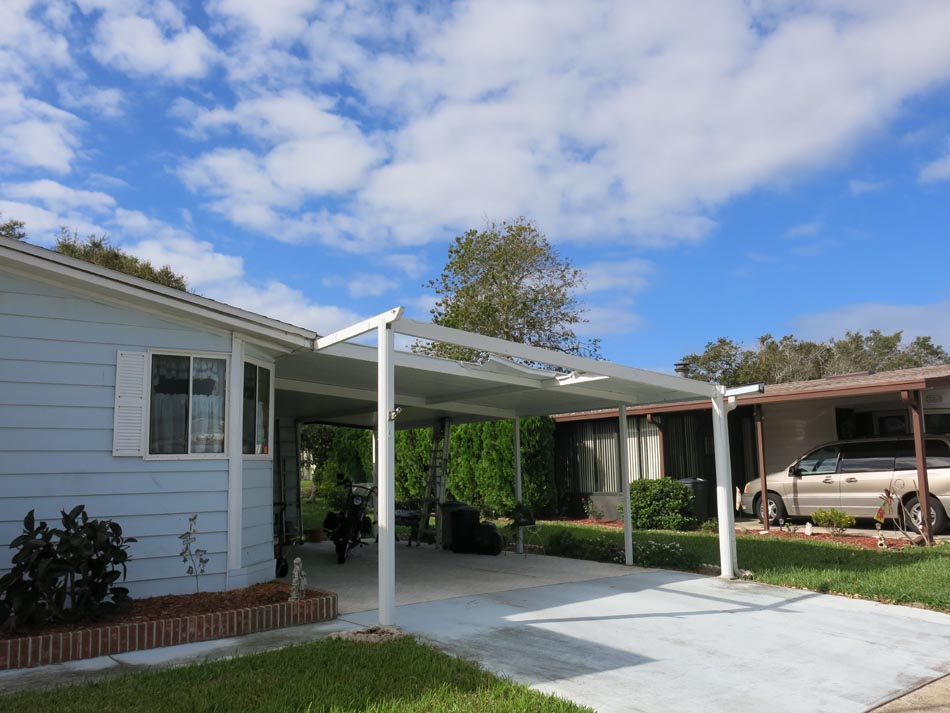 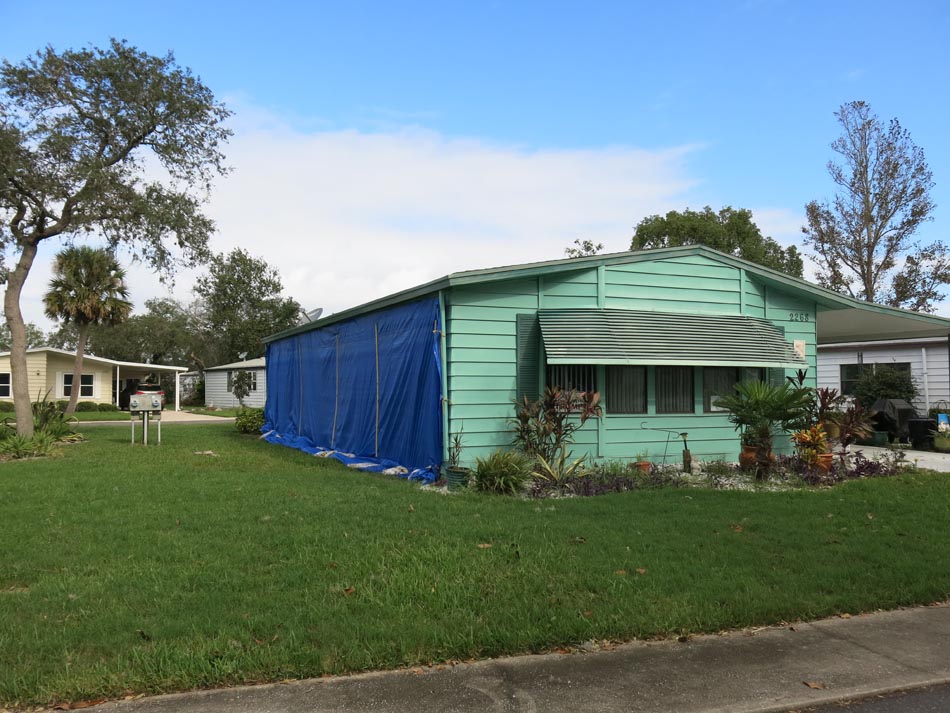 The AIR team surveyed manufactured homes in four different parks in the Daytona Beach area, including Port Orange and south of New Smyrna. These manufactured home villages were on the inland side of the Indian River, about 2 to 5 miles from the coast. Most of the parks we surveyed were set up in the mid to late 1980s, with some homes more recently built. The parks comprised mostly double-wide trailers with various combinations of appurtenant structures, including carports (single or double), sheds, sunrooms, screen rooms, and weather-tight rooms—and, in rare cases, wooden decks.

Although the parks were built three decades ago, their communities are very proactive in terms of maintenance, repairs, remodeling, and updating, which improved the overall performance in terms of damage. In addition, many homeowners had taken preventive measures, such as strapping down their carports with ratchet straps to prevent uplift. But, where there is strong wind, there is damage.

The general performance of the manufactured homes we evaluated was good. The main structure generally performed well, with only minor damage to roof covering, edge flashing, windows, or siding being evident. In a few locations we observed underlayment or sheathing damage. Wind-borne debris and trees toppling onto homes caused additional damage, sometimes significant.

The performance of the appurtenant structures was, unfortunately, not so robust. Most of the damage we encountered was to these carports, screen rooms, sunrooms, and sheds. In many cases, these structures experienced total failure. The propagation of the damage from carports to host structures, however, was not significant; many of them failed without damaging, or inflicting only slight damage on the homes they were attached to.

Our damage survey findings both validated recent enhancements to the damage functions for manufactured homes in the AIR model and will serve to guide future enhancements. While secondary features are not currently supported for manufactured homes in Touchstone®, the damage functions do account for spatial and temporal variation in vulnerability in addition to foundation anchorage systems. In the AIR model, a manufactured home's construction code (which reflects the presence or lack of foundation anchorage), year-built, and location together determine its vulnerability. Matthew serves as an important reminder to the ever-present threat that hurricanes— even bypassing storms—pose.

How Climate Change May Have Made Typhoon Hagibis Worse October 28, 2019