On June 27, 2015, a severe thunderstorm struck the small town of Roseisle, Manitoba, just over an hour's drive southwest of Winnipeg. Hail was reported to be tennis ball-sized and accompanied by winds of 100 km/h (62 mph). The hail destroyed numerous fields of crops and caused some minor damage to buildings.

One of the biggest concerns, however, was the damage caused to automobiles. Although some residents thought a tornado had passed through town, Environment Canada determined that it was likely straight-line wind. Regardless, such high wind speeds associated with hail will exacerbate the damage.

As I just happened to be in Manitoba anyway, I visited the town the day after to survey the damage. As news outlets reported,building damage was minor. Most of the cars in the town, however,had some level of damage. Most common was denting to the metal body. In some cases, windows were damaged, and in a few cases windshields and windows were totally destroyed. 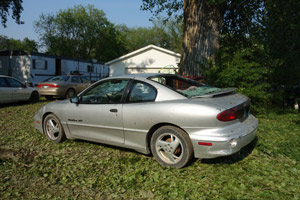 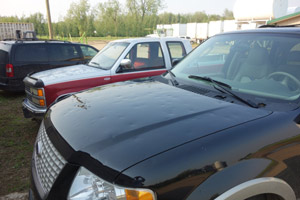 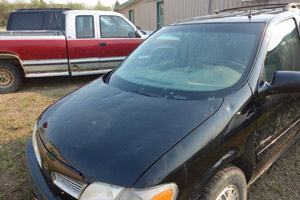 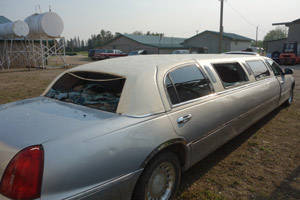 Body and glass damage to several autos around the town of Roseisle,Manitoba (Source: AIR)

As you probably know, AIR has released three new and updated Canadian atmospheric peril models in Touchstone 3.0. The new models are for tropical cyclones and winter storms, while the severe thunderstorm model has benefited from a major overhaul. AIR's severe thunderstorm model has special hail damage functions for autos. In fact, there are even separate damage functions for auto dealerships, given how vulnerable they are to hailstorms. As a final note, our model considers the horizontal wind speed associated with a hail event when determining the kinetic energy within the storm. The high horizontal winds in the Roseisle event made it more damaging to cars than it would otherwise have been.