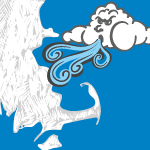 The winter of 2015 (or more accurately, February 2015) has been historic for New England, setting many snowfall records and causing massive headaches for commuters in the Boston area. In addition to the heavy snowfall, February has featured extremely cold temperatures.

The winter weather of 2015 has brought many challenges to residents of the northeastern United States, including extended periods of arctic air and repeated bouts of snow that have resulted in widespread reports of property damage. 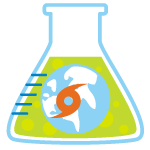 AIR Worldwide recently joined The Risk Prediction Initiative 2.0 (RPI2.0), a not-for-profit organization whose mission is to focus academic research toward the needs of the insurance and reinsurance industry.

Manufactured, Modular, and Mobile Homes: What's in a Name?

The terms "manufactured home," "mobile home," and "modular home" are sometimes used interchangeably, but while they have some features in common, these types of home have more differences than similarities.

You can learn a lot when you break things. For the construction and insurance industries, testing buildings to destruction in a controlled and repeatable environment can be particularly revealing, and there are several facilities around the world in which this can be done.

When AIR's CEO wrote that our models are a form of trusted currency, I don't think he was comparing them to Bitcoin, a so-called cryptocurrency.

Toward an Open Global Earthquake Model

After two and a half years of development, the first iteration of OpenQuake has just been released. The initiative is led by the Global Earthquake Model (GEM), an independent non-profit headquartered in Pavia, Italy, which works to provide cat model access to communities traditionally priced out of the market.