Despite recent events, the risk of terrorism attacks is relatively low in Western Europe and the U.S.

In the past decade terrorist attacks increased significantly after the U.S. troop surge in Iraq in 2007 and after the Syrian civil war began in 2011. The majority (57%) of terrorist attacks in 2014 occurred in just five countries: Iraq, Pakistan, Afghanistan, Nigeria, and Syria. This is despite a 54% increase in terrorist incidents in the rest of the world the year before.

In the Geospatial Analytics Module in Touchstone®, companies can use Verisk Maplecroft's terrorism risk layer, which scores locations based on data on reported incidents and their severity, to manage their global risk accumulations. 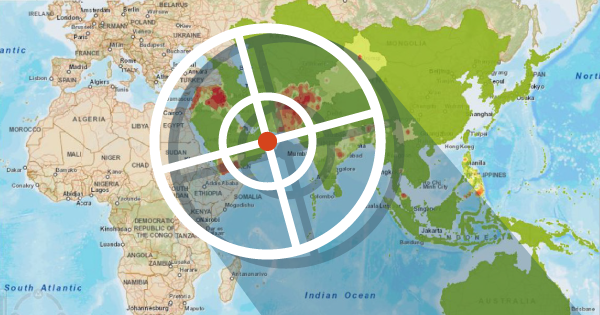