On average March sees about the same number of tornadoes touch down in the U.S. as August and September do

Although May is the top month in the U.S. for tornado touchdowns, with 276 on average for the 20-year period of 1996–2015, March sees 76, slightly more than the 72 and 71 tornadoes that touch down on average in August and September, respectively. March is an important month in U.S. tornado history. In fact, the deadliest ever—the Tri-State Tornado—killed 695 people in Missouri, Illinois, and Indiana on March 18, 1925.

March generally marks the point in the year when the number of tornadoes begins to rise. This year’s season began early in some locations. Minnesota, for example, saw its earliest tornadoes ever by almost two weeks this year on March 6. 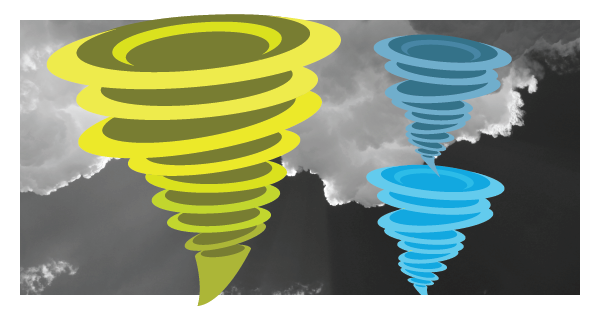