More than 30 tornadoes occurred on a single day in 1974

Did you know that each year, seven tornadoes measuring EF-4 or stronger occur on average in the U.S.-but in April 1974, more than 30 occurred in a single day? Those tornadoes were among nearly 150 that impacted 13 states over an 18-hour period in what became known as the Super Outbreak. At least $1 billion in damage resulted and more than 300 people were killed.

The Super Outbreak highlighted shortcomings in the technology available to forecast and monitor severe thunderstorms. It resulted in a deeper understanding of how tornadoes work, spurred development of Doppler radar, led to improved warning and communications systems, and spread severe weather safety education beyond Tornado Alley. 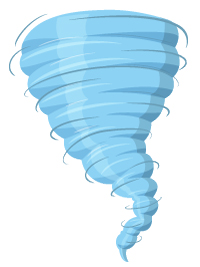