Editor's Note: In this article, AIR Client Services Associate Andreas Reiche looks back at the devastating 2010 floods that inundated Central Europe, discusses the current insurance environment in Germany, and provides a high-level overview of a few of the innovative features available in the recently released Inland Flood Model for Germany.

In Germany, inland flooding is frequent and occurs when heavy rain causes a river to overflow its banks. Almost all of Germany's major river catchments, including the Elbe, Rhine, and Danube (among many others) have been affected at some point during the last 20 years by damaging floods.

In August 2010, heavy rains caused widespread flooding in Germany, Czech Republic and Poland after a low pressure system that developed over northern Italy moved northwards. Multiple rivers, including the Oder, Elbe, Neisse, and Spree Rivers overflowed. According to the German Meteorological Office (Deutscher Wetterdienst), the accumulated rainfall in August exceeded the region's long-term average by more than four times.

The 2010 floods are estimated to have caused total losses of 800 million Euros (based on a statement from the Prime Minister in Saxony) in Germany, and insured losses of approximately 300 million Euros, according to the German Insurance Association. More than 100 million Euros of the insured loss, the single largest recorded claim ever recorded for a natural catastrophe in the country was sustained by a land vehicle manufacturer in Bautzen, located in eastern Germany on the Spree River. These floods highlighted the already growing concern over Germany's flood risk and, more importantly, they helped to further drive innovation in how this peril is modeled in Germany.

This article will discuss the current flood insurance market in Germany, ways in which AIR is addressing this risk, and how AIR's Inland Flood Model for Germany is ideally suited to meeting the regulatory requirements of Solvency II. 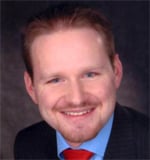 The article: Discusses issues facing the Germany insurance market, explains AIR's approach to modeling flood and how it is ideally suited to help companies meet the requirements of Solvency II.

Highlights: Based on the average annual loss, flood risk is the second highest cause of insured natural catastrophe losses in Germany, outweighed only by the risk from extratropical cyclones. AIR's innovative approach to coupling a global circulation model with a detailed numerical weather predication model—the first of its kind in the industry—is setting a new standard for modeling flood risk.

In Germany, there is no nationwide compulsory insurance coverage for flood, and flood cover varies among different regions. Most states exclude it from standard residential, commercial, and industrial policies, offering it instead as an extension or as part of a package covering several different perils. Areas near the Rhine, Main, and Mosel river valleys typically do not offer coverage for on-floodplain locations. There are exceptions, however, like Baden-Württemberg where building policies include flood coverage as a standard part of the policy.

While Great Britain historically suffers the highest proportion of flood losses in Europe, Germany, despite a lower penetration of flood insurance (see Figure 1), still accounts for around 35% of the total losses in Europe per year. Based on the average annual loss, flood risk is the second highest cause of insured natural catastrophe losses in Germany, outweighed only by the risk from extratropical cyclones. In fact, the average annual insured loss today from inland flood in Germany is estimated at around 300 million Euros, a figure that will only grow as more homes and businesses are constructed in flood-prone locations.

The German Insurance Association (GDV) has laid the foundation for the insurance industry to improve risk management of natural catastrophe insurance. It has developed the ZÜRS flood zonation model for floods, backwater and heavy rain that divides Germany into four flood hazard zones. Insurers can use these zones to determine whether to cover flood, based on the return period of damaging floods for a given area. Companies can use CLASIC/2™ to perform sensitivity testing on their book of business and ensure that the ZÜRs flood coverage is adequate.

Challenges to Modeling Flood in Germany

Floods cannot be realistically simulated using a handful of variables the way that hurricanes and earthquakes can. From rainfall generation to surface runoff to hydraulic flow, it is critical that a model capture all these complex elements—and at high resolution. Historically, stochastic approaches for generating rainfall patterns have only been suitable over small areas in which the precipitation is relatively uniform. However, low pressure systems can travel across a region and span several hundred kilometers. At the continental scale, purely stochastic approaches cannot produce realistic and statistically robust precipitation patterns. That's why AIR took a new approach to solving large-scale precipitation modeling by coupling a state-of-the-art global climate model and a numerical weather prediction, or NWP, model. The result is a sophisticated hydrological module that captures all types of storm systems—from large-scale events affecting all of Germany to highly localized thunderstorms—and preserves patterns of historical frequency of each type over time.

In addition to developing a new approach to simulating large-scale precipitation patterns, modeling precipitation requires the whole range of precipitation scales to be considered. AIR has developed a state-of-the-art approach that accounts for the impact of topography and terrain on regional precipitation fields at high resolution. Using AIR's downscaling technique, rainfall amounts are interpolated from a coarser resolution (e.g., NWP output at a resolution of 90 km) and "downscaled," or refined, based on turbulence theory, which dictates how precipitation particles are formed. This technique captures the highly realistic patterns of precipitation at an 8 km by 8 km resolution, allowing for improved risk selection and better assessment of portfolio risk.

Once precipitation hits the ground, understanding its path is critical to understanding flood risk. The high-resolution precipitation and snowmelt output obtained during the downscaling process are used to calculate surface runoff (water not absorbed by the soil). Because flooding is more likely to occur when soils are already saturated and cannot absorb additional water, AIR accounts for the antecedent conditions (the amount of prior rainfall or snowmelt) at the beginning of each storm. This is particularly important because flood waves can propagate along the river networks in Germany, often enhanced during that time by additional rainfall, or melting snow and ice. In the mountainous Alps, for example, snowmelt can cause significant flooding to low-lying areas in southern Germany.

Surface runoff is routed downstream along the river network using the Muskingum-Cunge flood routing scheme. This physically-based flood routing module also accounts for the cross-sectional shape of the river and captures the mitigating effect of more than 300 lakes and reservoirs on the flood peaks.

Off-Floodplain Flooding is a Major Source of Insured Losses

While flooding along major rivers is typically the dominant concern, localized off-floodplain losses can be significant sources of loss.

These events typically occur when intense rainfall causes high levels of surface runoff. While they often occur at locations outside the floodplain, they can sometimes occur at a location within the floodplain where the river did not overflow but where property was flooded due to rainfall. As a result, off-floodplain damage is more frequent in urban areas where large percentage of paved areas significantly increases the runoff.

An analysis of claims data shows that approximately 50 percent of the losses from the 2002 Elbe floods occurred off floodplain and much of that loss occurred in highly exposed urban areas. To account for this major source of insured loss, AIR developed a separate model for off-floodplain loss estimation. The model accounts for elevation, runoff, drainage backups, and facility aging at each modeled location.

The final step in capturing flood hazard is the calculation of inundation depths using a hydraulic model. The model transforms river discharge—which is the output from the flood routing module—to water level. Once the ground elevation is obtained, it is subtracted from the water level, with the result being the inundation depth above the ground floor inside the building—a critical metric in determining loss. Inundation depths are derived using the Ordnance Survey's Land-Form PROFILE® digital terrain model—a database with 10-meter horizontal resolution and 0.1-meter vertical resolution.

Most residential buildings in Germany, and virtually all commercial buildings have basements, which can become flooded even if the ground floor is not. The presence of a basement can increase the risk of damage to contents, particularly in the case of basement areas used for living space. However, these basements usually have better flood defenses than unfinished ones.

Flood defenses play a critical role in protecting properties within the floodplains of Germany. Each state has its own approach to flood protection, with some states relying on fixed protective structures while others use mobile, or managed, flood defenses. AIR takes a stochastic approach to determine the probability that a levee, dike, or flood wall will fail. The higher the load placed on the flood defense the higher the probabilities of a breach. By combining the river network with a land use map, the model also considers different standards of protection based on population density. Thus, rural, less populated areas are less flood-protected than urban areas, such as agglomerations along the Rhine. Without proper treatment of flood defense failure, modeled losses can vary by as much as an order of magnitude.

Companies can perform an individual risk-specific adjustment of the flood defenses during a CLASIC/2 analysis. This feature is particularly well suited for the simulation of high-value properties such as industrial facilities, which are often located close to rivers due to locational advantages.

The advent of Solvency II has led to a multitude of changes in risk management, both in Europe and around the world. Armed with a better understanding of their risk, insurers and reinsurers can more accurately determine their capital needs under increasingly rigorous regulation. Because it has become clear that Solvency II regulators take a more favorable view of companies that develop a robust internal view of their risk, the AIR model is ideally suited to help them meet the requirements of Solvency II and provide a better means of determining capital needs.

Detailed stochastic model results play an integral role in an adequate quantitative and qualitative risk management process under the proposed Solvency II requirements. The AIR Inland Flood Model for Germany can help companies meet the increasing levels of regulation through:

Increasing property concentrations in flood-prone areas means that the risk of flood losses is higher today than ever before—despite the flood mitigation efforts that the German government has put in place. AIR's innovative approach to coupling a global circulation model with a detailed numerical weather predication model—the first of its kind in the industry—is setting a new standard for modeling flood risk.

By providing a probabilistic view for both on- and off-floodplain risk, AIR's model is an effective tool for companies to assess and manage the potential losses from high-impact flood events.