Editor's Note: The latest release of the AIR U.S. Hurricane model features the ability to estimate losses to the pleasure boat line of business. AIR Engineer Matt Maddalo describes AIR's approach to modeling the vulnerability of these assets.

In the aftermath of 2005's Hurricane Katrina, which caused massive storm surge on the U.S. Gulf Coast, pleasure boats looked as though they had been tossed about like children's toys. The boats in Figure 1 became stranded on their dock on the shore of Lake Pontchartrain after being hit with a storm surge in excess of 20 feet 1. For pleasure boats in marinas, storm surge is the most significant threat during a hurricane. Rising water levels can lift boats above their docks and pilings. If they are not firmly held in place, boats can be impaled by pilings or become stranded on docks, as they were at the New Orleans Yacht Club and where they remained for weeks after the event.

AIR added the pleasure boat line of business for application in the U.S. hurricane model to serve the needs of companies writing marine coverage for recreational boaters. The line covers privately owned boats used for recreation, fishing, or cruising and excludes marine craft classified as commercial vessels, such as cargo ships or tugboats. Pleasure boats can be sail or motor powered and often have amenities that allow for living onboard, i.e., a cabin and plumbing fixtures.

Pleasure boat insured losses can run into the hundreds of millions of dollars during an active hurricane season or even during a single Category 4 or 5 storm. For example, the Boat Owners Association of the United States (BoatUS) estimates that damage to recreational vessels as a result of Hurricane Katrina was between USD 650 and 750 million, about USD 300 to 400 million of which was covered by insurance. For the hurricane season prior, in 2004, pleasure boat insured losses from Charley, Frances, Ivan, and Jeanne totaled about USD 330 million, according to BoatUS. While homeowners used to be able to include their pleasure craft in their homeowners policy, this is not generally the case now. Pleasure boat owners may need to purchase a separate policy to insure their boats against "perils of the sea."

To model the vulnerability of this unique line of business, AIR has developed damage functions that take into account boat characteristics and location data, which is of critical importance because of the highly localized nature of the hazard. 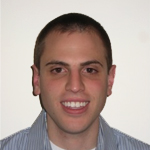 There are a number of ways in which a pleasure boat can be damaged during a hurricane event. All are related to either storm surge or wind. Key damage mechanisms include direct damage to boat components and dock attachments from wind and surge forces; damage from wind and surge debris impact; collision with other boats and docks after detachment; and sinking after significant damage to the hull. In the AIR model, the pleasure boat line of business has separate damage functions for wind and surge with total damage based on a weighted combination.

Storm surge generally causes the majority of severe damage to pleasure boats. Rising water levels can push docks and pilings beyond their capabilities, resulting in boats being impaled by the pilings themselves or becoming free of their moorings. These free-floating boats can collide with other crafts, docks, pilings, or the ground, which can result in damage to the hull, engine, and other components. If the hull has been significantly compromised, the boat can sink.

In terms of wind, high wind speeds can cause debris to become airborne, which, in turn, can damage a boat if it is left unprotected. Severe winds also impose significant loads on a boat and the mooring lines that attach the boat to the dock—particularly if the boat has not been properly stripped of all removable components, including the mast and sails. These components increase wind loads by providing more surface area. Finally, if a boat is not effectively secured, it may become detached from the dock, which allows for the kind of substantial damage that storm surge can inflict.

To model the vulnerability of pleasure boats, AIR explored the relative damageability of different boat characteristics. Boat type, size, and age were factored into the development of the damage functions, as graphically represented in Figure 2. These characteristics can be input by users of AIR's detailed software application, CLASIC/2™. In the case of unknown features, the model uses "average" damage functions representing typical boat types.

According to both research and claims data analysis, sailboats are generally more vulnerable to hurricane hazards than power boats of comparable size. Sailboats are less likely to be removed by trailer from the water in advance of a storm's arrival due to their mast height and/or their hull conformation (fixed keels, etc.). In addition, sailboats typically have extra components that power boats do not have, e.g., sails, masts, rigging, and auxiliary motors. These components can not only be damaged themselves, but they also increase the total surface area experiencing wind loads and can thus increase the likelihood that the mooring line will break, as noted above.

No matter the boat type, newer boats are assumed to perform better than older boats under hurricane conditions. This assumption is supported by claims data from a number of hurricanes. Regular use and weather can cause wear and tear on a boat during its life, which leads to higher vulnerability for older boats. This aging process is accounted for in the AIR model, with decreasing vulnerability for more recently built pleasure boats. The damage functions for the model were developed based on depreciated values for pleasure boats, so CLASIC/2 users should enter replacement values of this type for best results.

Separate wind and surge damage functions are provided for three boat types: power boat, sailboat, and unknown. These functions vary based on the length input for a given risk (boat).

Geocoding in the AIR Model

Because storm surge is often a very localized hazard, the importance of knowing the actual location of a pleasure boat cannot be overstated. As with any exposure, the best loss estimation results will be achieved with the most accurate geocoding information. However, due to the unique nature of pleasure boats, an additional capability related to location data has been provided in the AIR software. If location information is available at only the ZIP Code level, the user can choose to have those exposures modeled at a location along the coast. This is a more realistic assumption than placing the exposure at a ZIP centroid and will produce more reliable results. It should be noted that this setting will only affect the location of pleasure boats in coastal ZIP Code areas, and more detailed geocoding data should be used when possible

The claims data used to calibrate and validate the damage functions for the pleasure boats line of business were from seven storms and two hurricane seasons: 2004's Charley, Frances, Ivan, and Jeanne; and 2005's Katrina, Rita, and Wilma..

No matter how capable owners are of securing their boats effectively, the best way to prevent damage to a pleasure boat is to move it to a location where it is shielded from wind and surge hazards. Some smaller boats can be removed from the water by trailer in anticipation of a storm. Boats can also be stored in garages or dry racks in warehouses. In the case of boats stored indoors, AIR recommends that this type of exposure should be coded based on the construction type of the structure in which the boat is located, the boat value be listed as "contents," and the structure coded for commercial occupancy. Larger boats often can be moved to inland waterways, e.g., canals and rivers, called "hurricane holes," where they are less likely to experience severe wind and surge.

Additional mitigation strategies are related to specific boat characteristics within this model. For example, larger boats are more likely to have designated crews available to move them to safer places or fasten them securely to docks; this effect is implicitly captured in the relativity between boats of different size and type in the model.

Damage to pleasure boats can run into the hundreds of millions of dollars during the course of a hurricane season or even as a result of a single major hurricane. AIR's comprehensive approach to modeling risk for pleasure boats provides a probabilistic view of the kinds of damage both storm surge and wind can cause. AIR's U.S. hurricane model is an effective tool for companies to assess and manage the potential losses to their pleasure boat line of business.