The Peril of Precipitation: Inland Flood in Japan

Editor's Note: A version of this article was published in Asia Insurance Review in February, 2010.

Typhoon damage in Japan is most often associated with strong winds and coastal flooding, as was the case with Super Typhoon Vera (Typhoon #15)—the country's worst typhoon disaster. Vera, a monstrous Category 4 storm, caused insured losses of USD 14 billion. But, even in the absence of strong winds, typhoons can result in significant losses if precipitation is heavy and flooding extends inland. In September of 1947, Typhoon Kathleen (Typhoon #20) made landfall in Japan's low-lying Kantō region. Although it weakened to tropical storm strength before arriving in Tokyo Metropolis, it generated over 600 mm of precipitation and caused record-high flood discharge in the Tonegawa River basin. More than 400 km2 of land were affected and 150,000 houses were damaged. The economic loss at the time was estimated at JPY 100 billion, making Kathleen one of Japan's most devastating and costly typhoon-induced flood events.

Over the past sixty years, the Japanese government has invested substantially in the construction of public defense systems, yet flood losses in Japan are higher than ever. This is due largely to the increasing concentrations of Japanese property in flood hazard zones. If a typhoon as wet as Kathleen were to hit Tokyo today, the Central Disaster Management Council estimates that six thousand people could die, almost 700,000 houses would be waterlogged, and economic losses could amount to JPY 34 trillion. 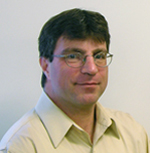 The article: Despite significant investment by the Japanese government in flood defenses, typhoon-related flood losses in Japan are higher than ever. This article discusses some of the reasons why.

Highlights: The latest release of AIR's typhoon model for Japan captures the effects of both wind and flood, including the way in which extratropical transition exacerbates flooding. The model also accounts for the current state of Japan's flood defense systems.

Several climatic and geographic features contribute to the likelihood of flooding in Japan. First, the country is located at the western edge of the Northwest Pacific Basin, the most active ocean basin in the world; about eight to nine typhoons affect Japan annually. Thus typhoon frequency alone puts Japan at significant risk. Second, Japan's southwest-to-northeast orientation at mid-latitudes puts its coastline roughly parallel to a fairly typical path for typhoons—which in turn means that large swaths of the country can be affected for extended periods. Finally, a significant portion of Japan is mountainous, so that water is continuously on the move, flowing downhill into streams that then fill rivers.

Japan's rivers are short and steep and reach peak discharge quickly, sometimes overflowing. The low-lying plains onto which they overflow are home to 50% of Japan's total population and 75% of the country's buildings, infrastructure, automobiles, electrical goods, computer facilities, and other assets (Inoue, 2007). Increasing property concentrations in flood-prone areas means that the risk of flood damage is higher today than it has ever been—despite the reduction in overall flooding that has occurred in Japan following the construction of flood control structures.

Flood control structures, while helpful, are not impervious to larger storms; typhoon precipitation can still cause devastating effects. On September 11th 2000, for example, in Nagoya City in Japan's Aichi prefecture, Typhoon Saomai (Typhoon #8) dropped 428 mm of rainfall—an amount nearly doubling Nagoya City's previous maximum. Total rainfall from the storm there reached 567 mm, roughly one third of the annual average rainfall for the country. The Shonai and Yahagi Rivers flooded to their highest levels ever observed and many medium and small rivers breached levees. Nearly 600,000 people were evacuated. Flooding above floor-level ruined contents in 24,000 houses.

Attempts to defend against inland flooding began with Super Typhoon Vera in 1959. The Japanese government launched a full-force rebuilding initiative immediately after the storm. Two million people were put to work on the embankments of rivers and coasts to build systems capable of handling water levels based on the record-high storm surge and coastal flooding produced by that storm.

Today, large-scale flood control structures (LFCS) in Japan include dams, embankments, underground cisterns and super levees. These last are significantly widened structures that, unlike standard levees, do not collapse when water exceeds their height; instead, they disperse and slow floodwater as it moves down a decline.

Cisterns, meanwhile, are sprawling underground reservoirs as big as two football pitches (Figure 1). Perhaps one of the best known such flood defenses in Japan is the Edogawa River Project, under eastern Tokyo. It includes a four-mile-long network of 30-foot wide tunnels that empty into an underground chamber 83 feet tall and capable of holding 91 million gallons of water. The system's massive pumps—powered by jet engines—can pump 200 tons of water from the chamber per second. The water is pumped into the mighty Edogawa River, which is sufficiently large to channel this large influx into the sea. Since 2002, these pumps have been utilized more than 30 times to protect Tokyo from typhoon-induced flooding.

Despite progress to defend against flooding, half of the levees along Japan's rivers don't meet necessary safety standards and some of the embankments date as far back as the Edo Period (1603-1867). Even those that meet safety standards and design specifications, however, can shorten the lag time between the start of rainfall and the peak flood discharge, which increases peak river volume. Indeed, the peak flood discharge in Japan's Ikarashi River is now more than twice what it was 70 years ago.

Embankments—when overtopped—allow water to move forcefully and rapidly as a result of the height difference between the artificial embankment wall and the neighboring floodplain. The rapidly moving water leads to more extensive flooding than would naturally occur, especially given the fact that surrounding areas typically consist of buildings on top of impervious (concrete) surfaces; these surfaces, which cannot absorb water, further increase risk of flood.

Japan continues to invest heavily in reducing flood risk by increasing the number of flood defenses. To capture the risk, AIR's Japan typhoon model now accounts for the current state of flood defense systems in Japan.

From a risk management perspective, sophisticated modeling tools are now available to help insurers understand the scale of risk they face from typhoon-induced flooding. The autumn 2010 release of the AIR Typhoon Model for Japan incorporates a high-resolution flood module to estimate the probability and severity of a flooding event and the extent of damage. Total rainfall is determined by accumulating the hourly precipitation at each location over the entire duration of the storm. But precipitation is only one of four inputs to estimate flood depth. The distribution of precipitation over land will depend on high-resolution soil information, land use/land cover, and topography (or slope)—all of which determine what fraction of the falling precipitation is absorbed.

The AIR model also captures the unique aspects of Japan's typhoon climatology. One of these is that the precipitation footprints of typhoons typically extend for hundreds of kilometers (as opposed to tens of kilometers, for the wind footprint). Since little correlation exists between typhoon wind speed and precipitation intensity, even weak storms several hundred kilometers offshore can cause flood damage on land. Indeed, this was the case most recently with Typhoon Etau in 2009, which never came closer than 300 kilometers to Japan's coast. Yet, Etau dumped more than 300 mm of rain in the city of Sayo in Hyogo Prefecture—most of it in less than 24 hours (Figure 2). Overtopping and flooding occurred along the Sayogawa River in Hyogo Prefecture. In total, Typhoon Etau caused wind damage to 1346 buildings and flood damage to 5602 buildings. The storm caused 25 fatalities. Most of the damage occurred in Hyogo and Okayama Prefectures.

Another aspect of Japan's typhoon climatology captured by the AIR model is the transitioning of typhoons into extratropical storms. This extratropical transition is significant for two reasons. First, it can dramatically increase the precipitation and wind footprints of a storm.

Second, it usually transforms the shape of a typhoon's cloud shield from circular to comma-shaped, or highly elliptical, which alters where heaviest precipitation and flooding occur. More than half of the storms that affect Japan undergo extratropical transition.

Once precipitation hits the ground, understanding its path is tantamount to understanding flood risk. The porosity of the soil and its saturation level, as well as the slope of the ground, all affect how fast water moves both over the surface and beneath it. Knowledge of these parameters at one- and ten-meter resolution is used in conjunction with high-powered computers to simulate hydrological output for 10,000-year simulations. Accounting for flood defense systems such as dams, dykes, levees, and reservoirs makes the calculation even more complex.

Because flood damage occurs differently from wind damage, the AIR model features separate damage functions for the flood peril. For example, even a moderate amount of water above ground floor level can cause structural fasteners to rust, walls and floors to warp, and building contents to become water-logged. In addition, flood damage essentially occurs from the floor-up, whereas wind damage typically occurs from the roof-down.

Insurance policy conditions for flood can be more complicated than those for wind damage. Flood insurance does not exist as a standalone policy in Japan. Instead, property owners can opt to purchase flood coverage as part of a standard fire insurance policy. This system evolved after larger typhoons and heavier rains in the early 1980s created a significant increase in demand for insurance. In 1984, the Japanese insurance industry added coverage for typhoon wind (and flood) as part of the comprehensive homeowners' insurance policy. Take-up rates for flood coverage, however, remain relatively low.

The chart below details typical residential property policy conditions. For commercial and industrial properties, the fixed percentage that is covered by insurance differs by account.

Despite Japan's considerable efforts to control flooding, there remains significant risk—both on the coast and inland. And as the number of exposed properties continues to grow, insured losses from typhoon-induced flooding are likely to continue to rise. AIR is engaging in active research leveraging cutting-edge scientific information about the flood hazard in this region, and with the latest release of the AIR Typhoon Model for Japan comes an effective tool for assessing and managing the potential losses from high-impact typhoon-induced flood events.