Following are some recent blogs: 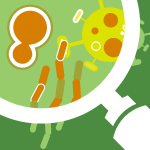 Last month, I participated in a workshop on pandemic financing hosted by the National Academy of Medicine in Washington, D.C., as part of a larger Global Risk Framework Initiative to reduce risk and improve response to epidemics and pandemics. 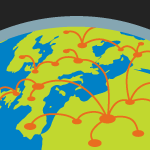 They're Out There: Emerging Diseases in the AIR Pandemic Model

I am very excited to report that AIR has completed development of global pandemic disease risk models for coronaviruses (such as those responsible for SARS and MERS) and filoviruses (including Ebola and Marburg).

Events that Could Decrease the Risk of a Global Ebola Pandemic

Key Factors That May Influence the Course of the Ebola Outbreak

Ebola seems to be making new headlines every day. There is enormous interest in the fight against the disease in West Africa, as well as in the possibility of its spreading to other continents.

Spring is finally in full swing! Aside from the nicer weather, it also marks the end of flu season. In the U.S., this typically lasts from October to May and peaks in February—but of course every season varies.

Will H7N9 Become a Pandemic?

A little over a year ago, an influenza virus called H7N9 began to sicken and kill humans. Along with many others around the world, I watched and waited to see if a new pandemic was in the making. There have now been more than 400 confirmed human cases, at least 20% of which resulted in death. Fortunately, a second wave of cases in China now appears to be on the downswing, most likely because of the closing of live poultry markets and the arrival of spring.