How Do Louisiana’s Most Destructive Hurricanes, Katrina and Ida, Compare?

Hurricanes Katrina and Ida both made landfall in Louisiana on August 29, but 16 years and 40 miles apart. In 2021, Ida proved to be the most damaging and most intense hurricane to strike Louisiana since Katrina in 2005, but how do these two hurricanes compare?

Hurricane Katrina nearly doubled in size in the Gulf of Mexico after it had passed through southern Florida and reached Category 5 strength on August 28. The day before landfall, Katrina’s wind field expanded considerably, with hurricane-force winds extending about 125 miles from the center and tropical storm-force winds 230 miles from the center. When it reached Louisiana, it was still huge but had moderated into a strong Category 3 hurricane; its forward speed was just 8-9 mph.

Hurricane Ida formed in the Caribbean and strengthened rapidly in the Gulf of Mexico as it moved steadily northwestward toward Louisiana. Only 74 hours after becoming a tropical depression, it made two landfalls as a Category 4 hurricane, first about 60 miles south of New Orleans and soon after 20 miles closer to the city. As it did so, it was undergoing an eyewall replacement, which is a process that tends to widen tropical cyclone wind fields and cause strong winds farther from the storm center. According to the National Hurricane Center (NHC), Ida’s hurricane-force winds extended outward about 52 miles as it reached the coast, and its tropical storm-force wind field extended about 150 miles. Although a smaller system than Katrina, Ida was faster moving; it came ashore moving forward at about 15 mph but soon slowed.

Katrina came ashore with winds of 125 mph (200 km/h) and a central pressure of 920 millibars (mb). Based on central pressure, Katrina was the third most intense U.S. landfalling hurricane on record at the time (Hurricane Michael in 2018 made landfall at 919 mb) and the seventh most intense Atlantic hurricane. Katrina maintained hurricane status for 100 miles as it progressed inland; as it moved northeastward, its outer bands spawned more than 60 tornadoes, causing damage in eight states. Owing to its great size and slow forward motion, Katrina brought heavy rainfall—the highest total recorded in Louisiana was almost 15 inches—to a wide swath of the eastern part of the state. Significant rainfall occurred in 20 states and in regions of Ontario, Canada, but the system nevertheless produced minimal inland flood losses.

Ida’s maximum sustained wind speeds at landfall were stronger. According to the NHC, at the time of its first and second landfalls, Ida’s maximum wind speed was 150 and 145 mph, and its minimum pressure was 930 and 934 mb, respectively. New Orleans experienced winds of 90 to 100 mph for an extended period, due to the size of the wind field, the slow decay of the storm, and location of New Orleans to the right of the storm track; wind damage was variable, given the nature of building inventory in the metro area. Ida’s wind speeds tie it with the Last Island Hurricane in 1856 and Hurricane Laura in 2020 for the strongest landfall in Louisiana.

Ida also produced localized heavy rains, and as its remnants moved northeastward, several tornadoes were spawned, some of which were damaging and powerful. Outside Louisiana, however, the storm will be remembered for the deadly flash flooding that it produced in parts of the northeastern U.S. As Ida’s remnants combined with an extratropical front, some areas saw as much as twice their monthly average rainfall in one night. New York City—which averages 4 inches in September—received 10 inches; at least 42 people died in the ensuing flooding.

Hurricane Katrina is remembered for the catastrophic storm surge flooding that occurred in New Orleans when the levees failed and the many people who lost their lives. Katrina approached the Gulf Coast as a huge Category 5 system, pushing a prodigious storm surge ahead of itself. Data indicates a maximum surge of 26 to 28 feet along the Mississippi coast, while the estimated surge in southeastern Louisiana near New Orleans was 10 to 15 feet. Katrina tracked east of the city, pushing water southward across Lake Pontchartrain and directly toward New Orleans. In addition to levees being overtopped, there were 53 breaches in the federally built levee system that protects the metro area, and about 80% of the city flooded to as much as 20 feet; it took 43 days to dry out the last remnants of the floodwater, and power outages continued for weeks.

The storm surge that Ida produced was generally not as severe as Hurricane Katrina’s—particularly in Mississippi and New Orleans. Surge inundation depth exceeded 10 feet in some places, but several tide gauges near the maximum storm surge broke, leading to uncertainty in the maximum level reached. Ida tracked west of New Orleans and generally pushed water northward and westward across Lake Pontchartrain, away from the city, inundating under-protected areas on the north and west shores of the lake. No levee failures were reported in New Orleans, so the city did not experience storm surge-induced flooding during Ida (unlike during Katrina).

Much has changed along the vulnerable Gulf Coast since Hurricane Katrina devastated the landscape from southern Louisiana to the Florida Panhandle. Table 1 shows the estimated increase in insured value of property in Louisiana between 2004 and 2019. The insured value has gone up 109% across this time span.

Hurricane Katrina became the worst natural disaster the insurance industry has confronted. In 2005 monetary values, NHC estimated that the New Orleans metro area and Mississippi coast suffered USD 75 billion in storm damage. The Federal Emergency Management Agency's National Flood Insurance Program had USD 16.3 billion in paid losses from flood and surge-related damages, bankrupting the program. Verisk’s Property Claim Services® (PCS®) estimated total insured payouts at more than USD 41 billion in six states (USD 72 billion in 2019 monetary values)—Alabama, Florida, Georgia, Louisiana, Mississippi, and Tennessee—with payouts for Louisiana and Mississippi, the most heavily damaged states, pegged at USD 25.4 billion (USD 46 billion in 2019 monetary values) and USD 13.8 billion (USD 23 billion in 2019 monetary values), respectively. According to PCS, more than 1.7 million claims were filed: almost 1 million from Louisiana and half a million from Mississippi. While wind was a big driver of this monumental loss, a sizable portion of the insured loss was from storm surge due to the failure of the levee system protecting New Orleans.

With construction of the robust Hurricane and Storm Surge Damage Risk Reduction System (HSSDRR), New Orleans enjoys a significantly reduced risk of flooding from a major hurricane like Katrina. At AIR, using our high-resolution hydrodynamic surge model, we modeled the scenario that looks at the impact of Hurricane Katrina striking New Orleans with HSSDRR holding. The results revealed that water levels in this simulated event remain below levee heights, and the city is largely protected from flooding. Furthermore, the 2020 update to AIR’s Hurricane Model for the U.S. involved the explicit modeling of hurricane precipitation–induced flooding across all events in the stochastic catalog, in addition to wind and storm surge. Using the AIR Hurricane Model for the United States and the 2019 U.S. industry exposure database, this scenario yields an insured loss of USD 34.6 billion across wind, storm surge, and precipitation-induced flooding. This scenario also underscores that wind is still the primary driver of insured loss, regardless of levee failure. Although the flood defense system can significantly mitigate storm surge damage in and around the New Orleans area, it cannot mitigate wind damage.

AIR estimates insured losses from wind, storm surge, and precipitation-induced flooding from Hurricane Ida to be between USD 20 billion and USD 30 billion.

Both Katrina and Ida intensified rapidly over the deep warm waters of the Loop Current (and an associated Loop Current Eddy) in the Gulf of Mexico, highlighting the importance of this oceanic feature for hurricane intensification in the region. Even though Ida had a stronger maximum wind speed at landfall, Katrina had a lower central pressure. Katrina’s strong wind field was thus broader than Ida’s, contributing to the higher storm surge heights during Katrina in 2005 than was experienced during Ida in 2021. Ida delivered stronger winds for longer. Katrina moved relatively slowly in the Gulf but sped up after landfall; Ida did the opposite. Another big difference between the two storms is what Ida did with precipitation, particularly in the northeastern U.S.

A hurricane’s track can have a huge impact on the damage wreaked. Katrina’s track, for example, caused devastating storm surge in Mississippi and New Orleans but spared some areas of southeastern Louisiana, whereas Ida’s track farther west caused minimal storm surge in Mississippi and spared New Orleans but inundated many other areas of southeastern Louisiana outside New Orleans, particularly to the south, west, and north of the city.  Unlike Katrina, Ida’s track passed over the northeastern U.S., causing significantly more precipitation-induced flooding in that area.

A big difference between the two storms is the level of preparedness before they occurred. Evacuation plans for New Orleans have been significantly improved since Katrina, for example, and USD 14.5 billion has been spent repairing, retrofitting, and enhancing the city’s defensive infrastructure since 2005. But Ida moved too quickly for the evacuation plan to be implemented in 2021, and it is not clear whether the reconstruction of the levee system protected the City of New Orleans better during Ida than the pre-Katrina levee system would have done. Although those defenses held during Ida, they were not tested in the same way because the meteorological differences between the two hurricanes (especially the track) may have played as important a role in protecting New Orleans as the relative state of the levee system pre-Katrina vs. pre-Ida. The bottom line is that while they were very different storms, both Katrina and Ida caused massive amounts of damage to property and infrastructure. Each hurricane is a unique event, underscoring the importance of considering multiple long-term views of risk.

​ Read the article “Quantifying Flood Risk in the United States” 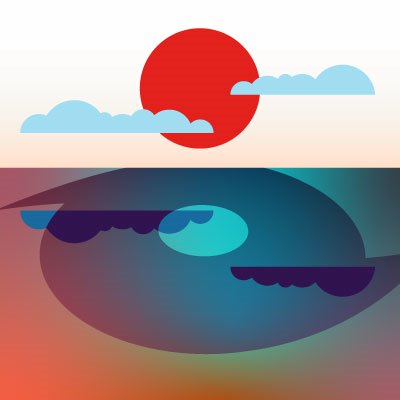