Understanding how climate change will impact tropical cyclone activity in the future and for different locations goes beyond considering the impacts over a basin and even impacts at landfall. To understand the complete impact, it is also important to consider how storms may be affected after landfall. To that end, some studies have looked at how forward speed may change over land. A study by Kossin in 2018 paved the way for several more to examine this aspect.

A general finding of as much as a 15-25% slowdown over land as a global average was identified. This forward speed slowdown has implications not only for more precipitation—as was demonstrated recently in the U.S. with hurricanes Harvey, Florence, and Imelda—but also for wind, as with Hurricane Dorian over the Bahamas.

With respect to the latter, and to some extent the former, the intensity of a storm as it moves more slowly across land also has an effect. A slowdown in the weakening of a storm’s intensity, or strength, means more hours of damaging winds in the same location. It can also mean more rainfall—not just because the storm is moving more slowly but also because stronger storms tend to generate higher precipitation rates.

Changes in the evolution of storm strength over land that are potentially attributable to climate change are a topic that has received less attention until very recently. A paper just published in Nature, however, has drawn attention to the fact that storms are remaining stronger for longer periods of time.

Tropical storms lose intensity upon landfall; while it is tempting to attribute increased friction over land as the root cause, the real explanation has to do with a storm losing its primary energy supply—warm ocean water. Strong winds at the surface over warm water cause tremendous amounts of water to evaporate (the ocean has plenty to give!), which actually cools the ocean (evaporative cooling). But because water has such a high heat capacity, these strong winds have only a small impact in terms of cooling it (a more significant cooling effect comes from strong winds churning up cooler water from below). As the water vapor is carried upward in hurricane updrafts surrounding the eyewall, the vapor condenses to form cloud droplets and ultimately rain.

As the vapor condenses, it releases the heat energy that it extracted from the ocean surface. Because it’s a delayed process, the heat that is released is called latent heat of condensation. This released heat causes a reduction of atmospheric pressure, which is measured in millibars, partly because warm air weighs less than the colder air it displaces. At the surface, the reduction of pressure near the center causes wind speeds to increase, which reinforces the cycle all over again by increasing the rate of evaporation, which increases the latent heat release, which increases the storm intensification rate.

But once a storm moves over land, the cycle stops—right?

Well, not exactly. For one thing, there is still a lot of water vapor left in the storm to condense. And the land over which the storm is passing isn’t typically bone-dry either, so evaporation—even from moist vegetation—continues to contribute to some latent heating. But where the Nature study sheds new light, is on how this phenomenon has been changing, because of rising temperatures—specifically, because of rising sea surface temperatures (SSTs).

Through a combination of examining SSTs for various regions of the North Atlantic; looking at post-landfall tropical cyclone wind speeds; and conducting idealized numerical weather simulations that, among other things, allow informative sensitivity experiments such as removing all the moisture from a storm after landfall to see the impact, the authors found that  the rate at which U.S. storms lose intensity after landfall has been slowing—by about 33% since 1967.

The authors have quantified and compared the rate at which U.S. storms lose intensity then and now. In the past storms were losing 75% of their wind speed on average in the 24-hour period after landfall. Now, in that same time period, storms are losing only 50% of their wind speed. The impact is even more significant given that damage increases exponentially with wind speed.

This slower loss of storm intensity can be attributed to climate change because SSTs have been increasing over that time frame by about 0.5oC. The higher SSTs allow storms to make landfall with more moisture, because of the Clausius-Clapeyron effect and because additional water vapor means extra energy as the storm moves inland (think of it as a bigger gas tank). Although not discussed by the study’s authors, one may extend the argument by realizing that air temperatures over land are also higher, and the moisture that evaporates over land helps keep that gas tank from hitting empty a little longer.

The pairing of historical data analysis and idealized numerical simulation is a sound scientific strategy, especially when it comes to understanding weather and climate/change. The complexities of the physical processes and the deficiencies in the data (such as changes in measurement technology and brevity of record) can truly confound a clear understanding.

When it comes to having a high degree of confidence in understanding whether climate change is impacting a phenomenon or a particular feature of the phenomenon, this study may have hit the trifecta: We see the impact in the historical record, it is reproducible with weather or climate models, and there is a physically plausible explanation.

While there is likely more to understanding exactly how that extra post-landfall moisture is realized, the high confidence means the result could be extended to other basins, and for time horizons in the future.

More to the Story

This study leaves the reader yearning for more, as does any good study. Questions such as, What is the relative impact of the pre-landfall fuel versus the post-landfall fuel? How has the relativity changed with time? How does this effect change between positive and negative phases of the Atlantic Multidecadal Oscillation? Are the effects different for different intensity storms? and Do we also see this effect in other areas of the world and to what degree? come to mind. It is quite likely these questions and others will be addressed in short order, given that this study has broken new ground. 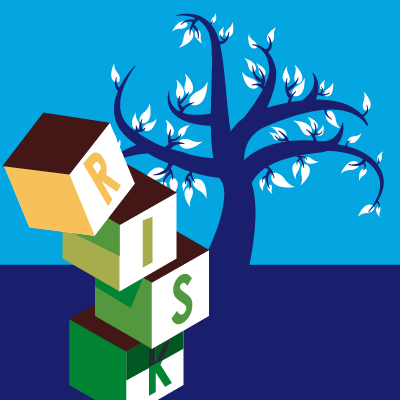