For many years misuse of assignment of benefits (AOB) in the Florida insurance marketplace has been a source of fraud and unnecessary lawsuits, resulting in rising insurer expenses and insurance prices. As of July 1, 2019, lawmakers hope this will all change with their AOB reform outlined in HB 7065/SB 122, signed into law by Governor Ron DeSantis.

An AOB, otherwise known as an assignment agreement, is a legally binding contract in which post-loss benefits from an insurance policy are transferred from the policyholder (assignor) to a third party (assignee), often home repair contractors. After a policy loss the assignee works directly with, and receives claim payments from, the insurer for reimbursement repairs covered under the policy. This saves the policyholder the headache of being the go-between for the insurance company and the repair team.

Fraud under AOB surfaces when home repair contractors allege to have performed repairs and overcharge the insurer. If the claim is legitimate, the insurer pays; however, the insurer may not pay the full amount if they believe the repair costs were inflated. If the claim is not legitimate the insurer will deny coverage, which may result in a lawsuit from the assignee. Insurers have often settled small nuisance lawsuits rather than pursuing expensive litigation, which has led to rising insurer costs. In addition, this situation can cause issues for the policyholder, such as increased policy costs or non-renewal, even though they played no part.

The agreement also serves as a waiver of claims against the assignor for payment, including property liens, of assignee costs arising from entering into the agreement.

In addition to protecting Florida policyholders, AOB reform is intended to shield insurers and the Florida judicial system from unnecessary litigation.* In recent years, lawsuits from assignees seeking claim payments for inflated work estimates have skyrocketed. This is the result of Florida’s insurance marketplace where assignees faced no risk from submitting an inflated claim and filing suit for payment because the one-way attorney fee provision does not require them to pay attorney fees. This no-risk environment, however, is set to change with the AOB reform.

Under the provisions of the new law, assignees must provide the named insured, the insurer, and the assignor (if different than the insured) with a written notice of intent to initiate litigation at least 10 business days prior to doing so, and only after the insurer has made a determination of coverage. The notification needs to contain sufficient information about the work completed in addition to a pre-suit settlement demand. Upon receipt, an insurer must respond in writing within 10 business days making a pre-suit settlement offer, requiring the assignee to participate in an appraisal or offering another method of alternative dispute resolution.

Therefore, under the new AOB structure, it behooves assignees to reasonably price their work estimates or risk costly litigation fees. Lawmakers ultimately hope this will ease the burden on insurers which, in turn, could result in less drastic increases in premiums borne by policyholders. Only time will tell, but all Floridians will be watching intently, starting today.

*Excludes AOB for auto glass claims as provisions regarding attorney fees could not be reached.

What Happens if the NFIP Does Not Get Another Extension? November 30, 2018 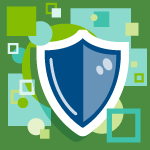 Regulation in Cyber: One Year from Today GDPR Takes Effect May 25, 2017