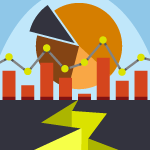 No, this is not an overly scientific explanation of a long-lost “Seinfeld” joke; it’s a question we heard quite frequently when we were meeting with clients in New Zealand. For those of you who are unfamiliar with the regulations surrounding reinsurance buying in that part of the world, the Reserve Bank of New Zealand (RBNZ) establishes regulations for the industry with the intent to protect non-life insurers from insolvency.

Specifically, the Solvency Standard for Non-life Insurance Business 2014 includes a section on the Catastrophe Risk Capital Charge (CRCC) requirement. This section is generally referred to as the “1 in 1,000 year” requirement. In this blog we will unpack the CRCC to shed some light on what “1 in 1,000 years” really means and explain how the AIR Earthquake Model for New Zealand can be used to demonstrate compliance with this requirement.

At the heart of this provision is the quantification of potential future loss due to an “Extreme Event.” That may sound simple but determining what constitutes an “Extreme Event” can be somewhat complex. According to the requirement, the loss expected from an “Extreme Event” is the largest loss among three conditions:

It should be noted that the intent of the provision is to determine loss to the exposure inside and outside of Wellington irrespective of the event location. This means that an event causing a 1 in 1,000-year loss to the exposure inside the 50-km radius around the Beehive may occur outside this boundary. A plausible scenario is one in which a large subduction zone earthquake occurs along the Hikurangi Trench that runs along the east side of the North Island, causing considerable damage within Wellington.

We will demonstrate how to quantify the losses associated with conditions 1 and 2 using AIR’s proprietary industry exposure as an example to highlight some of the nuances of the RBNZ CRCC requirement.

First, the exposure was separated into two complementary subsets, one including all the risks within 50 km of the Beehive (i.e., Wellington) and another including all the risks beyond the 50-km radius (i.e., outside Wellington), where the 50-km radius around the Beehive is shown as the yellow ring in  Figure 1. Approximately 12% of the replacement value for buildings, contents, and potential loss due to downtime falls within 50 km of the Beehive. Because this proportion of the total replacement value is small, one may assume that condition 2, which pertains to the remaining 88% of the replacement value falling outside Wellington, would result in the larger loss. But let’s see what happens when both portions of the industry exposure are analyzed using the stochastic event catalog available with the AIR Earthquake Model for New Zealand.

It should also be noted that these three events were identified to result in 1 in 1,000-year losses for the subsets of the New Zealand industry exposure that were the basis of this example. In practice, these events (and potentially even the governing CRCC condition) may change, depending on each individual insurer’s unique book of business. Therefore, it is important to make use of the available catastrophe modeling capabilities to quantify your own unique exposure to “Extreme Event” earthquake risk in New Zealand.

For an overview of the enhancements to the hazard module of AIR’s Earthquake Model for New Zealand read “Earthquake Risk in New Zealand: A Major Model Update”

How the Friuli Earthquake Helped Italy Become More Resilient May 6, 2021