Will One-Tenth of San Francisco's Tall Buildings Topple in the Big One? 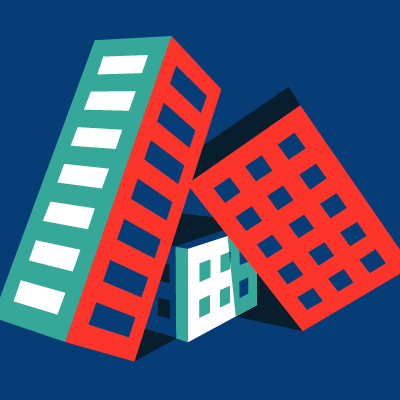 This is the third blog in our series (part one, part two) providing some clarification on statements made in two articles published by The New York Times in 2018 regarding the seismic hazard and safety concerns for tall buildings, particularly those in San Francisco.

The first New York Times article discussed calls to strengthen the building code in California and noted that currently the code requires that a structure be engineered to have a 90% chance of avoiding total collapse. Stating that many experts believe that this is inadequate, the article quoted Dr. Lucy Jones, the former leader of natural hazards research at the United States Geological Survey (USGS), who said, “Ten percent of buildings will collapse, I don’t understand why that’s acceptable.”

Furthermore, Dr. Jones’ quote was most likely taken out of context, for she was evidently referring to a scenario study that said 10% of all building stocks—including unreinforced masonry, soft-story, and non-ductile reinforced concrete—would likely collapse in a large earthquake. In fact, during a large earthquake, such as that depicted in the HayWired scenario, about 15% of such exposure would experience ground shaking exceeding the Maximum Considered Earthquake (MCE). But since most other exposure would be shaken below the MCE, the overall collapse rate of all affected buildings is not expected be that high— even with many buildings not designed to the current MCE.

Since 2010, the Pacific Earthquake Engineering Research Center’s Tall Buildings Initiative (TBI) guidelines have provided practical guidance for those responsible for the design of tall buildings. Although skyscrapers designed following TBI are believed to have a much higher safety margin against collapse (a consensus made clear by the renowned engineer and scientists Nicolas Luco, Farzad Naeim, and Jack Moehle at the 11th National Conference on Earthquake Engineering in June 2018), some experts are advocating a shift in design objectives to explicitly consider repairable damage and costs under the MCE as well.

The second New York Times article discussed a report by the USGS that included a list of buildings potentially vulnerable to a 1906-like or larger quake, among them 39 of San Francisco’s high-rise structures. Although the design objective (life safety) has not changed over time, the understanding of MCE hazard has evolved. In general, but particularly for San Francisco, the seismic hazard has been elevated due to findings indicating that multiple ruptures and larger magnitude earthquakes are possible along known faults. This means that the life safety of existing buildings under the latest hazard view is not well understood. Some case studies indicate that the collapse probability of older buildings under the current MCE is about 5 to 10 times greater than that of new buildings.

Table 1 summarizes the modeled average probability of collapse of the 39 high-rises mentioned in the article at the 700-year and 2,500-year hazard levels both as built and as if rebuilt to the more stringent 2015 standards.

The modeled collapse probability is calculated as the cumulative probability of loss ratio greater than 65% such that both partial and complete collapses are considered. The estimated 7% collapse probability for new buildings subjected to an extreme MCE event is generally in line with design objectives. Since the seismic shaking caused by the 1906 earthquake is well below the design hazard, it is no surprise to see that most of the existing buildings would survive. As expected, however, the AIR model does suggest that the existing structures have a much higher chance of failure when subjected to an MCE event.

25 Years Later—What If the M6.7 Northridge Earthquake Were to Strike Again?