Cultivating the Clouds: Man’s Efforts to Change the Weather

In the weather community, few topics generate more buzz than weather modification. It has been the source of grand engineering ideas, among them tornado walls, armadas of mirror-laden ships, and hurricane-busting super bombs. And popular culture has glamorized the idea with futuristic devices that provide rain or shine at the touch of a button.

It's a complicated situation, ethically and technologically. Efforts to modify the weather peaked in the mid-1970s when approximately 20 million dollars was spent annually in the U.S. to support programs and research. This expenditure has declined drastically due, in part, to a lack of demonstrable success. But there are still more than 50 operational cloud seeding programs in 10 different states and significant programs across Europe and Canada.

How it is supposed to work

The basic concept behind cloud seeding is relatively simple. For a cloud to produce precipitation (rain, hail, snow, etc.), it must concentrate its moisture into individual particles large enough to overcome the buoyancy forces within it-the warm/cold rain process. Central to this process are particles called cloud (ice)concentration nuclei (CCN or ICN). These hygroscopic seeds allow supercooled water to coalesce and combine into larger drops.

In cloud seeding, CCN are artificially introduced in an effort to speed up or slow down the warm/cold rain process. In some cases the goal is to make the overall average drop (hail) size smaller and therefore less damaging; in others, CCN may be introduced in an attempt to get the cloud to precipitate before it reaches a location of high exposure concentration, or to precipitate over a drought-plagued region. The CCN (typically silver iodide) may be delivered by planes, surface-to-air rockets, or ground generators. 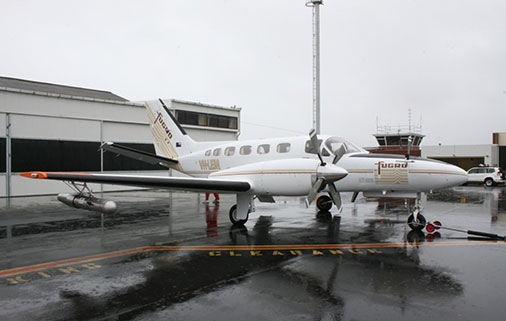 So why doesn't every outdoor venue, theme park, and concert have a fleet of silver iodide-loaded planes ready to ensure fun and sun for all? And why is there no national weather modification corps tasked with protecting life and property from the elements?

Issues like these brought the National Research Council to its conclusion that "there is still no convincing scientific proof of the efficacy of intentional weather modification." Even if there were proof, significant ethical issues exist. Who makes the decision to seed a cloud to provide water for one region, perhaps to the detriment of another? Similarly, clouds don't care about country or state borders, but the effects of cloud seeding, if effective, could change the cloud over the course of its lifetime, possibly having multinational consequences.

Does cloud seeding work? Like many issues effecting society at large, this is multifaceted and complicated with many players from across the political spectrum. Science's role is to help us figure this out through its objective and evidence-based approach. Unfortunately, cloud seeding is just one of those topics that science simply isn't ready to resolve.