Catastrophe model users often want to know how their modeled losses are affected by various factors, such as:

Previously, comparing one set of loss results to another involved a cumbersome, manual process performed outside of the software. Now, Touchstone 3.0 includes an exciting new feature-Comparative Analytics-that, when used in conjunction with detailed loss analysis, lets Touchstone do the work for you,quickly and efficiently.

A simple use case illustrates the point. Imagine that you are a cat analyst at ABC Insurance. You have been asked to quantify the impact of storm surge on hurricane losses for a Florida book.Specifically, data that need to be generated include:

The flowchart below shows how-using Microsoft Excel and SQLServer-you might have tackled two of the five items listed above(AAL at ZIP and county, Annual EP). 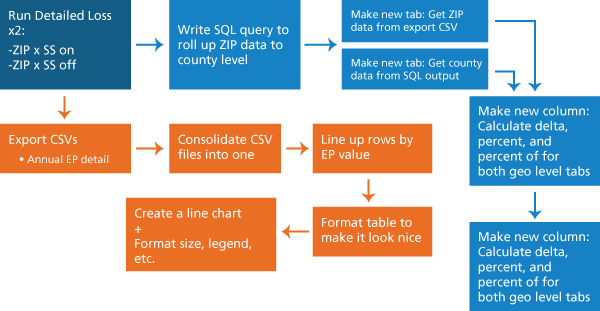 Necessary steps toward quantifying the impact of storm surge on a Florida book-before
the release of Touchstone 3.0

After a lot of manual work, you still have a way to go to complete the project.

With Touchstone 3.0's Comparative Analytics, you can cross off every item on the to-do list with a few clicks. Once detailed loss jobs are done, you simply need to opt in to view compared data at geography, contract, and line of business (LOB) levels. Touchstone will take it from there and deliver a gorgeously formatted deliverable in the Results window in no time!

Comparative Analytics produces comprehensive charts, graphs, and a map that summarize the comparison results. In addition, it eliminates several data manipulation steps by providing the ability to roll up and drill down data to different geographical granularities on the fly.

Stay tuned for an upcoming training video on ComparativeAnalytics within the next few weeks, which will be released in theTraining Video section of the AIR ClientPortal. 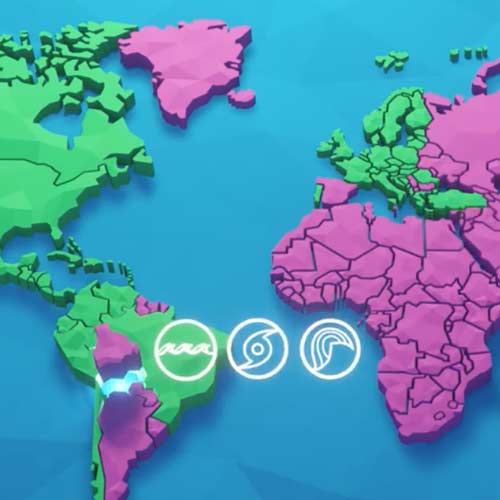 Developing Your Own View of Risk with Model Builder July 8, 2019