GeoHazards International (GHI) is an independent California-based charity with a mission to promote the adoption of modern building codes, land-use planning, science and engineering education, and innovative risk reduction techniques among the world’s poor and underserved communities.

People in these communities are far more likely than those in wealthy societies to die in earthquakes, tsunamis, landslides, and floods because rapid urbanization, poor urban planning, lack of building codes, and poverty make them more vulnerable. In 2010, for example, when a massive M8.8 earthquake struck Chile in a region that has implemented a robust safety program, just 525 people died. In stark contrast, an M7.0 earthquake struck the island nation of Haiti that same year: With no such safety measures, 223,000 people lost their lives.

Furthering its commitment to corporate social responsibility, Verisk Analytics® has become a major sponsor of GHI. An initial portion of Verisk’s two-year gift is being used to fund a project in Bhutan, a landlocked country at the eastern end of the Himalayas with high vulnerability to earthquakes. 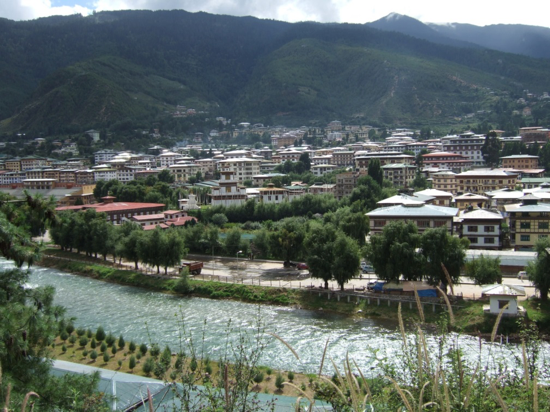 As is true everywhere, millions of children in earthquake-prone regions spend much of their time in school, and even modern school buildings can become lethal during temblors. In Bhutan, replacing these largely stone masonry and rammed earth buildings is not an option, and retrofitting them to modern protective standards will take decades (and millions of dollars).

Students learn to "drop, cover, and hold on" under desks during earthquake shaking, but falling debris will crush most school desks and injure or kill the children beneath. An interim solution to the school building safety issue is to provide affordable desks strong enough for children to use as shelters and yet light enough for them to move around as necessary.

Designers in Israel have created light-weight “earthquake-protective desks” proven to withstand exceptionally heavy loads. Verisk is funding a project to study the feasibility of manufacturing and installing these desks in Bhutan’s schools. GHI is partnering with the desk designers, the government of Bhutan, its Ministry of Education, and small and medium-sized businesses in Bhutan that may be able to manufacture the desks. Installation of locally produced desks can be accomplished quickly and affordably, enabling the government of Bhutan to make real safety improvements swiftly.

In addition to Verisk’s funding for the project, volunteers from AIR Worldwide will leverage their skills in earthquake engineering and catastrophe modeling to help assess the vulnerability of Bhutan’s existing school buildings and provide probable damage and casualty estimates to help quantify the benefits of the desks and prioritize their placement. Estimates of the number of lives that could be saved make the benefit of providing strong desks tangible and can be used to further promote the value of the project.

If you would like to contribute to this project, or indeed to any other GHI initiative, visit geohaz.org and make a donation. Your support can help them apply advances in science, engineering, and public policy that are known to save lives in the world’s most vulnerable communities.