Altering the Severe Impact of Winds

On one of my recent flights, we came across some turbulence and were confined to our seats. That prompted me to get writing. The impact of wind, you see, doesn't stop at high altitudes-it interferes with daily life at ground level too, impacting the efficiency of the cars we drive, the shapes of the balls we play with, and the orientation and shapes of the houses we live in.

As "sitting ducks," buildings absorb the full impact of turbulent wind through the entire duration of a storm. With airplanes, safety drives the design, but in buildings, form follows function and a structure's shape is primarily based on its intended purpose. Aesthetic considerations aside, maximizing floor area is generally a prime objective and it is very common to see box-like forms in the built environment.

But when it comes to wind, a box-like shape is not as helpful as the streamlined form of an airplane. Sharp corners increase localized flows. In addition, the closely spaced nature of exposures in urban settings can intensify the impact of a storm by amplifying wind speeds through "channeling" and creating sources of debris.

The frequent occurrence of catastrophic damage due to wind has prompted the wind engineering community to focus on building envelopes, leading to the design of innovative building shapes and mitigation features that are more resilient to effects of severe storms. An encouraging trend is the active participation of wind engineers at an early design stage.

Dubai's Burj Khalifa, the tallest building in the world, is a good example of this kind of collaboration between architects and engineers. The final appearance of the building was guided by wind engineering considerations. The skyscraper is shaped in an alternating circular manner to disrupt and break-up the correlation of winds at different levels of the building. This has effectively reduced the impact of the wind loads and increased the performance of the tower. 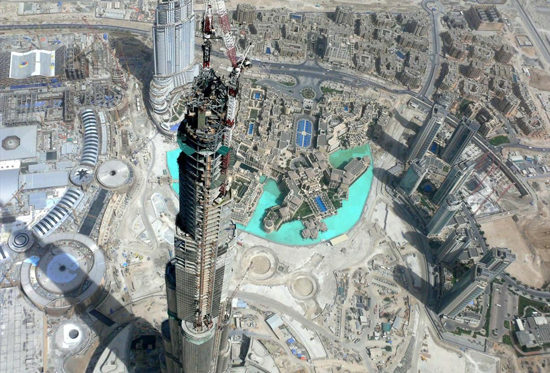 It is not only the shape of buildings that determines their vulnerability. Simple mitigation features can also alter the severe impact of winds. For example, just as the size and configuration of the dimples on a golf ball improve the distance and trajectory of a drive, rough surfaces are commonly used to control flow around circular buildings.

Similarly in the context of catastrophe modeling, the vulnerability module-a critical component of loss estimation-takes into account the contribution of mitigation features. Identifying the primary and secondary building characteristics is vital to assessing and quantifying the risk in greater detail. While the primary characteristics focus on construction type, occupancy class, building height, and year-built, the secondary characteristics involve a wide range of building attributes. These include roof geometry, window protection, roof-to-wall connections,terrain roughness, hail impact resistance of roof covering, and many more.

In the newly updated AIR Severe Thunderstorm Model for the United States, the impact of these key building attributes, which can either mitigate or significantly exacerbate losses, is captured through the Individual Risk Module (IRM). The IRM follows a structured, logical approach that groups building characteristics according to their function to reflect the contribution of each to overall building performance.

The model first estimates secondary risk modifiers corresponding to secondary risk characteristics, and these are then applied to the base damage functions to reflect the effects that a wide variety of building characteristics have on a building's performance during tornadoes, straight-line windstorms, and hail events. Weighting factors are used to combine the effects of features whose interaction is complex and not necessarily additive.To take the full advantage of the new functionality, model users must perform due diligence in inputting detailed information about the individual risk.