Considerations When Building a Sharknado Model

As we all know, a Sharknado can be a powerful and deadly force of nature as the documentary shown last night on SyFy confirmed. From a life insurance and health insurance point of view, this peril is near the top of the list of worst possible scenarios. But what about from the property insurance angle, which many of our clients are concerned with? Given that there have only been two Sharknadoes in recorded history, company claims experience alone is not enough to get a comprehensive view of risk for the peril. In this posting, I'll detail some of the aspects of Sharknadoes that must be accounted for in any robust catastrophe model.

First, what is a Sharknado? The standard insurance definition is as follows:1

…any tornado that, through suctional forcing, picks up fish characterized by a cartilaginous skeleton, gill slits on the sides of the head, and pectoral fins that are not fused to the head,including, but not limited to great whites sharks, tiger sharks, hammerhead sharks, and whale sharks…

You'll note that this definition does not include other related perils such as Whalenadoes (which in Boston, and especially after the recent Revere tornado, should be at the forefront of many New Englanders' minds), Fishnadoes, Frognadoes, Jellyfishnadoes, or Wormnadoes 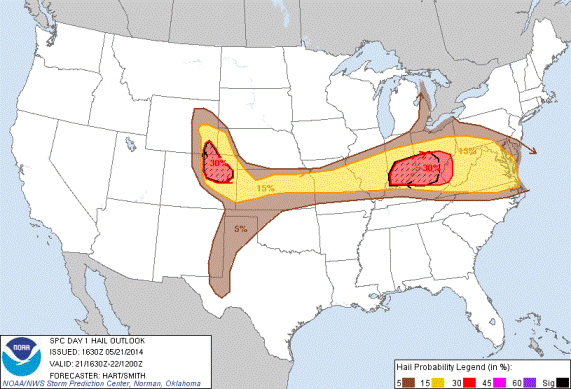 From a cat modeling point of view, there are three main components to worry about for any good Sharknado model-hazard,vulnerability, and financial. But I won't spend any time on the financial component, since AIR's financial methodologies are well trusted and they don't lead to any jokes.

From a hazard point of view there are several modules. Perhaps most important is the weight of the sharks that are impacting structures. Therefore, it's extremely important to separate out baby sharks from adult sharks within any outbreak. Seasonality plays a critical role in determining the ratio of full grown to adolescent sharks. This has been well validated using data from all available sources. Similarly, well fed sharks will cause much more property damage (and perhaps have less of an impact on life insurance) due to their larger size. Because of this, even a cycle like El Niño plays a role in the model. Under certain conditions,algae will bloom sooner and more robustly. This makes its way up the food chain and makes for larger, more damaging, sharks. In an upcoming release of Touchstone®, clients will be given flexibility to make sharks heftier than AIR's assumptions, based on their own loss experience.

Another key component of the hazard module is the location of aquariums, and AIR is proud to be the only modeler to account explicitly for this feature. During Sharknado events, even locations well inland are at risk if they are near an aquarium.These particular sharks can be more damaging, since they tend to be well-fed and in the best physical shape. They are used to humans mocking them on a daily basis, including, but not limited to incessant tapping on their tank's glass, and typically wish to exact revenge upon insured properties.

As with our regular Severe Thunderstorm model, AIR uses physically realistic swaths, as opposed to smearing out the risk across larger grid cells (that would get kind of messy with sharks!). Note that AIR's catalog contains both cat and non-cat events. Therefore, our clients will be able to see the impact on their books of small events with just a few baby sharks, as well as large outbreaks of great white. We expect this to be especially useful for inland insurers. Additionally, as per client feedback, the event information displayed in Touchstone for each outbreak will be very specific, detailing the species and age of the sharks at an event by event level.

The vulnerability module was developed to allow users to input many key building characteristics necessary for accurate loss estimates. The main mitigation techniques shown in the film,chainsaws, bombs, and freezing the Sharknado are also considered in AIR's modeling approach. The number of chainsaws in an insured's home lowers risk tremendously and can be entered directly into Touchstone. Additionally, the model has regional vulnerability factors accounting for where helicopters would tend to concentrate their bombing efforts. These features allow our clients to get extremely refined views of the risk, and allow the model to be used in underwriting. Homes with central air conditioning would typically contain the Freon required to freeze a Sharknado, and their risk is lowered accordingly. We also can't forget about the damage from the wind of the Sharknado itself. Of course that's accounted for in our regular Severe Thunderstorm model, which was recently updated.

Strictly looking at property damage, though, a Whalenado is what I would be much more concerned about. A blue whale can weigh 150 tons, while even the biggest great white shark will only weigh 4 tons. A shark could easily eat a person, but a full grown healthy blue whale could take down even the largest of commercial buildings.

As with all of its catastrophe models, AIR is committed to producing the most accurate and transparent loss estimates for all perils, including Sharknadoes. Hopefully this posting has given you some insight into our novel modeling methodologies for this unique peril. Please consider attending AIR's Envision 2015 conference in Boston, where we will discuss this in more depth.

1 If you think there's going to be a reference for this, you're reading the wrong blog post!

Was the Midwest Derecho in August an Extreme Event? September 21, 2020