Editor's Note: Although manufactured homes represent only a small percentage of total housing units in the seismically active western U.S. (just 4% in California, for example), the raw numbers are still significant. In this article we discuss the seismic vulnerability of manufactured homes and describe AIR’s approach for accurately modeling the impact of ground shaking on these structures.

Due to lower construction costs, manufactured homes offer an attractive economic alternative to traditional site-built homes. Manufactured homes enjoy particularly high popularity in the U.S. Southwest and Southeast (Figure 1), but there are an estimated 560,000 units in earthquake-prone California as well. By studying damage observations and reports from historical events, we can determine and evaluate the common modes of failure and better understand the vulnerability of manufactured homes to ground shaking.

Support piers—commonly steel jacks or concrete or masonry blocks—and/or perimeter walls and footings provide the foundation to bear gravity loads for manufactured homes. Lateral resistance against ground motion forces (as well as wind loads) is typically achieved by tie-downs, perimeter walls of concrete or masonry, or bracing systems, as shown in Figure 2. Engineered tie-down systems (ETS), which are primarily required for wind resistance, resist earthquake forces as well. For high seismic zones, other bracing techniques, such as the Earthquake Resisting Bracing System (ERBS), have been used to provide lateral load resistance. 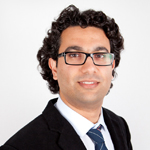 The article:
- The number of manufactured housing units is substantial in some highly seismic states, underscoring the importance of managing this risk.
- Seismic performance of manufactured homes depends largely on the connections between the home and the foundation and on the condition of the foundation
- Before 1975, no construction regulations for manufactured homes existed in the United States. The HUD code remains the only nationally required standard. However, with HUD’s publication in 2008 of installation guidelines, recommended measures were introduced to improve safety, especially in areas with high hazard of flood, wind, or earthquake.
- The 2017 update to the AIR Earthquake Model for the United States presents an enhanced view of vulnerability for manufactured homes.

Manufactured homes in general are lighter than site-built houses, an advantage in the context of earthquake ground motion, as seismic forces are proportional to the mass (weight) of structures. In addition, manufactured homes are built to resist the severe forces and shaking they are exposed to when transported from factory to site, which can be more severe than the shaking during an earthquake. Nonetheless, the seismic performance of manufactured homes depends largely on the condition of the foundation and particularly on the connections between the home and the foundation.

Damage observations from past earthquakes—such as Loma Prieta 1989, Northridge 1994, and San Simeon 2003—indicate that the most common modes of failure for these buildings are falling from or shifting on their support piers, damage to the supports, and damage caused by attached structures such as carports, sheds, sunrooms, and screen rooms. Figure 3 shows the relative proportion of damage modes for manufactured homes during the 1994 Northridge earthquake.1

The 1989 Loma Prieta earthquake revealed the importance of earthquake-bracing. Within 20 miles of the epicenter, about 15% of the approximately 2,500 manufactured homes fell from their supports. None had been braced to resist earthquake shaking [Steinbrugge and Roth, 1994].

Damage surveys have also revealed that once a home has fallen from its supports, shake damage (that is, excluding damage caused by fire, landslide, or tsunami) does not increase. In addition, based on claims data from the Loma Prieta and other historical earthquakes in the U.S., content losses were around 25% to 35% of the building loss, and content damage was below 50% in most cases.

Damage surveys following the 2014 M6.0 South Napa earthquake suggest that although the performance of newly built manufactured homes was in line with the objectives of the seismic code in terms of protecting lives, 21% with ETS and 27% with ERBS fell from their supports and required reinstallation.2 The primary cause of damage for these manufactured homes—with either system—was sliding, caused by the lack of or insufficient connection between the base of the ETS or ERBS and the ground.

In addition, this sliding caused the severing of the utility hookup for these manufactured homes and/or damage to their gas-fired water heaters, resulting in fire damage to them following both the Northridge and South Napa earthquakes.

The 1976 HUD code provided strict safety standards for manufactured homes to protect lives, which led to higher quality construction, but it did not add a specific requirement for anchorage and foundations. In the wake of the significant damage to manufactured homes caused by Category 5 Hurricane Andrew in 1992, the code was updated to require manufactured homes in areas of high wind potential (Zones II and III in Figure 4) to withstand extreme wind forces, starting in 1994. And after heavy damage was observed during the 1994 Northridge earthquake, HUD provided improved standards for foundations and the use of tie-downs in areas affected by high wind or seismic forces in its 1996 revision.

In seismically active regions such as California, Washington, and Oregon, state building codes and the experience of past earthquakes have raised awareness about the design and construction of foundations and tie-downs. For example, in Oregon, the manufactured dwelling installation specialty code explicitly states requirements for anchors and bracing to provide protection against earthquake shaking.3

Figure 6 summarizes the evolution of manufactured home standards and design guidelines and shows how the relative vulnerability varies by region and age.4

Learn more about the differences between manufactured, mobile, and modular homes.

1 “Minimizing Damage and repair Costs to Manufactured Homes During an Earthquake,” 1996. National Conference of States on Building Codes and Standards (Report for HUD, 1996).
2 FEMA p-1024, 2015.
3 Oregon Manufactured Dwelling Installation Specialty Code, Department of Consumer and Business Services, Building Codes Division, 2010.
4 For the purpose of identifying age bands, we reviewed milestones in the evolution of regulations and guidelines in construction and installation of manufactured homes. Not all the changes in the regulation and construction guidelines of manufactured homes has impacted their seismic resistance, therefore the AIR model considers only the following age bands: pre-1976, 1977-1997, 1998-2006, and post-2006.
5 Based on data from the United States Census Bureau.