Catastrophic events, such as the 2011 Tohoku earthquake and tsunami, the 2011 Thailand floods, and Hurricane Sandy in 2012, have proven time and time again that disruptions occurring in one part of the world can have a domino effect on supply chains and ultimately impact production facilities that were not thought to have been connected. You’ve probably heard the terms business interruption (BI), contingent business interruption (CBI), and Product Value at Risk (PVaR) thrown around in the context of supply chain disruptions. What exactly do these terms mean and how can each of them be quantified?

Download our issue brief for an in-depth look at how to assess the financial impacts of supply chain disruptions.

From the perspective of an insurance company, BI can be defined as the physical damage to the insured’s own assets that causes a suspension of business activities and loss of business income; it can be expressed in days of downtime or lost revenue. Time is money, and when a manufacturing facility cannot produce, a company loses revenue for each day of downtime. Loss from BI is computed by taking a facilities’ annual revenue, dividing by 365 to determine the daily revenue, and then multiplying the daily revenue by the number of days of downtime that the facility experienced.

For example, a company with yearly revenues of USD 730 million generates USD 2 million of revenue per day on average (i.e., 730 million/365 days). If a major earthquake hit the facility and it was down for one week, then its lost revenue would effectively be USD 14 million (i.e., USD 2 million*7 days). Note that this calculation is a simplified approximation that assumes all days are equally important and does not account for seasonality (e.g., when retailers ramp up production in anticipation for the holidays).

With CBI, things start to get interesting ... and much more challenging to quantify, especially given the ever-growing data sets resulting from more complex supply chains! CBI can be defined as the loss of business income caused by disruption stemming from a member of a network on which the insured is dependent.

To illustrate CBI, here’s a simple example: Let’s say one of your clients has a production facility in Japan that assembles cars. This manufacturer has a supplier in Florida that makes engines (this immediate supplier is often referred to as a Tier 1 supplier), and the engine maker has its own supplier in Italy (a Tier 2 supplier) that produces a custom gasket. If the Italian supplier is hit by a major earthquake that results in three days of downtime, this event could ultimately prevent the final production facility in Japan from being able to make cars. It is this disruption in Italy that flows through the chain of sub-suppliers to the production facility that is the CBI risk. Of course, many companies will have multiple suppliers, reserve inventory, and other resiliency measures in place to mitigate CBI risk, but in this example, the company in Japan may end up having anywhere from zero to three days of downtime, depending on its supplier network.

Acquiring visibility into a manufacturer’s suppliers is no easy feat; much of a company’s supply chain is invisible to them and a recent study found that 42% of companies have at best only limited visibility even into their immediate Tier 1 suppliers. Taking a bottom-up approach of mapping out every single supplier in an entire supply chain is extremely difficult, time-consuming, and potentially expensive.

To counter these challenges, at AIR, our approach has been to develop a flexible Supply Chain Model that takes a top-down approach of blending a company’s known supply chain data with our proprietary industry-level database. Essentially, we maintain a unique database that aggregates product and global trade information into 17 primary industries for more than 3.4 million locations that manufacture raw materials, commodities, and final products. This massive proprietary dataset can be used to backfill and assess a company’s supply chain risk when detailed supplier data is unknown.

Product Value at Risk—Bringing BI and CBI Together

An insured’s PVaR is the aggregation of both BI and CBI. It can be output as either total downtime (days) or total revenue lost due to production shortfalls caused by either direct or indirect supply chain disruption.

*In this equation, the “v” means use either BI days or CBI days, whichever number is greater (note: taking the maximum of BI or CBI is an assumption that our model makes).

To demonstrate how this equation works, let’s go back to our example in Japan; imagine that a major earthquake strikes both the production facility and one of its supplier’s facilities in Japan. The production facility incurs five days of downtime caused by BI that directly affects it. The supplier, however, gets hit much harder from the earthquake and incurs 12 days of downtime (the CBI).

In this case, the resulting disruption at the production facility would be 12 days of downtime, so for the equation, you would plug in the 12 days of CBI from the indirect disruption stemming from its supply chain network instead of using the five days from BI that it directly incurred. The assumption is that the production facility in Japan would resume normal production after five days, but it is delayed by an additional seven days from CBI. You can see how 12 days of downtime from CBI would result in millions of additional dollars in lost revenue when compared with the five days of downtime caused by direct BI alone!

For an insurer, having a better ability to quantify an insured’s supply chain risk is critical, especially given an increasing demand by organizations for more CBI cover.

What challenges do you have in assessing your insured’s supply chain risk? Share with us in the comments below or send us a note at supplychain@air-worldwide.com. 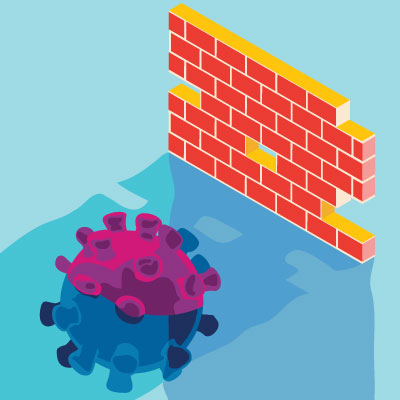