Here we are, smack dab in the middle of one of the strongest—if not the strongest—El Niño events in recorded history, and we get a hurricane in the Atlantic in January! El Niño is supposed to suppress activity in the Atlantic, right? So let’s take a look at what may have happened and what role El Niño may have played—if any. 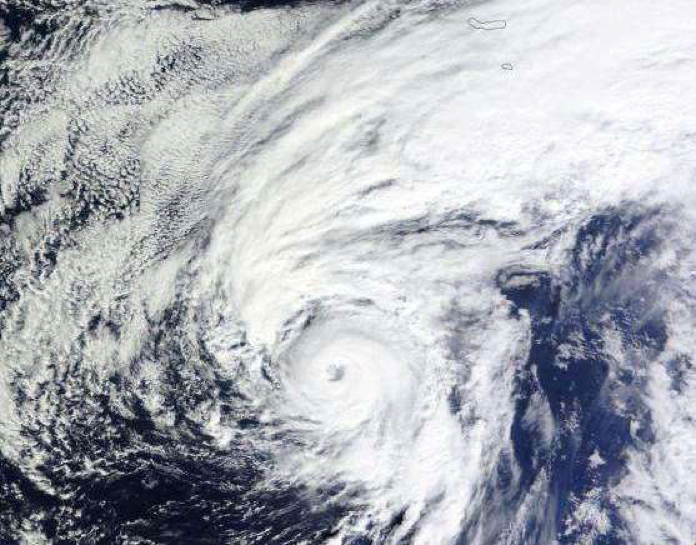 First of all, El Niño events do suppress hurricane activity over the main development region of the Atlantic, which is more or less the Caribbean, during the hurricane season proper (June 1−November 30). Alex formed over the Azores in the second full week of January. Still, it is a fair question to ask whether Alex was a result of El Niño, and/or whether it was a result of climate change. It is also reasonable to ask what Alex’s development means for the upcoming hurricane season, the official start of which is almost five months away.

Before I address those questions, let’s first tackle the rarity of such wintertime (December–March) tropical cyclones by looking back through the historical record. About 97% of all Atlantic tropical cyclones form within the official Atlantic hurricane season. There are only three years on record in which a storm strong enough to be named formed in the Atlantic in January: 1938 (hurricane), 1951 (tropical storm), and 1978 (subtropical storm). If we look at February and March, there are only two years: February 1952 (tropical storm) and March 1908 (hurricane). However, when we look at December in the historical record, there are nine years in which storms formed. Of the 10 storms formed in those Decembers, five were hurricanes. Had Alex 2016 formed two weeks earlier, it would have been Larry 2015, and I probably wouldn’t be writing this post.

It turns out that there is very little correlation with El Niño for these historical years with wintertime tropical cyclones. For the January years, 1951 was neutral and 1978 was a weak El Niño. In early 1983 and 1998, the other two strong El Niño years, there were no named storms until mid-August and late-July respectively. Before I give the impression that Alex may have formed despite rather than because of El Niño, it’s important to understand that over the U.S. in winter, El Niño creates a very active subtropical jet stream. As a result, disturbances frequently form and move across the U.S. from southern California, across Texas, the Gulf, and Florida.

These waves of low pressure do not simply vanish once they leave the East Coast of the U.S. They continue traveling until they encounter other favorable conditions from other forces, like an unstable atmosphere. Even though ocean water temperatures where Alex formed were lower than the 26°C threshold for formation and the troposphere is simply not that deep at this time of year, temperatures at the top of it (the tropopause) were anomalously cold. The net result was a relatively shallow but unstable atmosphere that was ripe for convection, in much the same way that intense snow squalls develop over the Great Lakes in winter.

Trigger that instability with some forcing from a propagating disturbance in the subtropical jet and something a little bit stronger and a little bit more tropical can form, like Alex. The historical record strongly suggests that Alex is not likely a result of climate change, for some of the December storms were actually from the early 1800s.

So, what does a January storm mean for the rest of the year and upcoming season? There is no correlation with early starts (or late finishes) and active (subsequent) years. To get a better idea of what the 2016 Atlantic hurricane season will bring, we will simply have to wait for a clearer picture in May.