Editor's Note: September marks the 70th anniversary of Typhoon Kathleen, which struck the Kanto region of Japan as a dying typhoon that caused disastrous flooding. Kathleen remains one of Japan’s most devastating flood disasters, and other storms since have demonstrated the destructive potential of weak but wet typhoons, further underscoring the need for effective mitigation strategies.

Seventy years ago, on September 15, 1947, Typhoon Kathleen made landfall in the Kanagawa Prefecture, just south of Tokyo. One-minute sustained winds at landfall were estimated at 120 km/h—just barely equivalent to a Category 1 hurricane. In Shizuoka Prefecture, south of Kanagawa, one-minute sustained winds exceeding 88 km/h (tropical storm strength) were reported. Having weakened by the time of landfall, wind damage was restricted to towns along the immediate coast.

More extensive, however, was the damage from precipitation-induced flooding from Typhoon Kathleen, which dropped between 300 and 800 mm of rain in the Tone River basin in just two days (Figure 1)—from September 13 to 15—yielding the highest flood discharge ever observed. North and east of Tokyo, several dikes were breached and embankments suffered failures, resulting in severe flooding along the Tone River, particularly in Kurihashi. More than 303,000 buildings were inundated, and 2,000–4,000 people were killed. 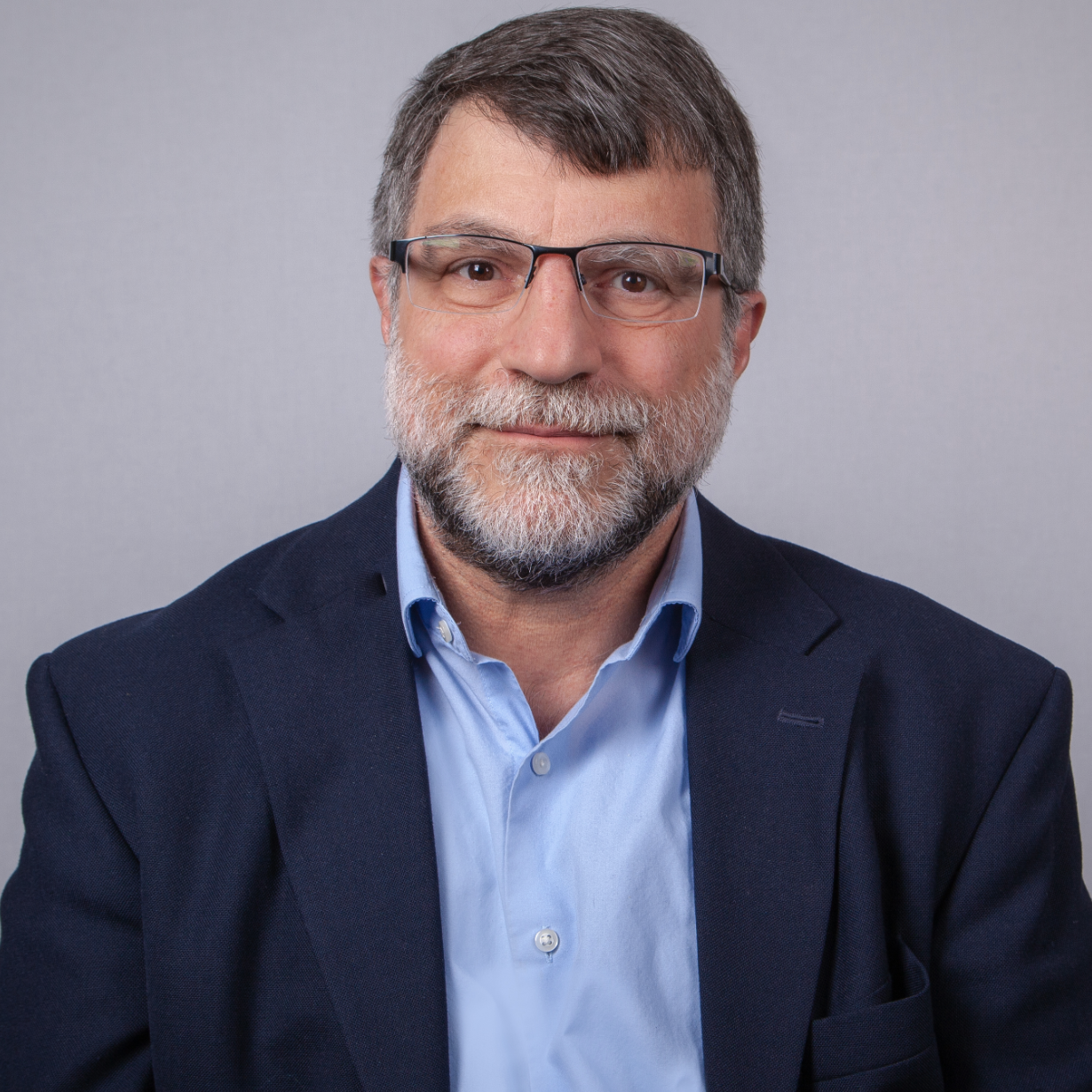 The article:
- Typhoon Kathleen made landfall in Japan 70 years ago just south of Tokyo as a weakening storm that brought record-breaking precipitation to the Tone River basin
- One of many storms throughout history that demonstrates the destructive potential of weak, slow-moving, but “wet” storms, Typhoon Kathleen is still considered one of Japan’s costliest and most devastating flood events
- The updated AIR Typhoon Model for Japan, anticipated for release this fall, employs innovative methodologies to provide a more realistic view of flood risk from typhoons

Typhoon Kathleen is still regarded as one of Japan’s costliest and most devastating precipitation-induced flood disasters. At the time, Japan’s Ministry of Land, Infrastructure, Transport, and Tourism (MLIT) estimated losses at ~JPY 7 billion (USD 61.6 million); AIR estimates Kathleen’s recurrence today would result in insurable losses of  between JPY 3 and 9 trillion (between USD 26.4 and 79.2 billion).1

How It Happened: Slow, Weak, and Wet

Typhoon Kathleen developed in the northwest Pacific Ocean almost due south of Tokyo on September 8, 1947. After traveling west-northwestward and maintaining its strength for about a day, the storm abruptly turned north and intensified to a 960 mb low as it headed straight for central Honshu—the main island of Japan. Almost equivalent to a Category 3 storm on the Saffir-Simpson scale a few days before landfall, Kathleen rapidly weakened as it turned northeastward toward the Kanto region and Tokyo (Figure 2), making landfall as barely a Category 1-equivalent storm.

On the other hand, Kathleen’s excessive precipitation and slow forward movement caused widespread flooding. Exacerbating the flooding were the mountainous terrain, which characterizes roughly 80% of Japan, and the inadequacy of the Tone River as a flood defense and drainage conduit. The floodwater ran quickly, unpredictably, and catastrophically into Tokyo.

In August 1982, Typhoon Bess made landfall in Aichi Prefecture as a weakening and slow-moving Category 1-equivalent storm. More than 300 mm of precipitation fell between Osaka and Tokyo, and as much as 1,000 mm fell west of the point of landfall in Nara Prefecture. The downpour from this fizzling typhoon washed away more than 100 bridges, caused as many as 1,500 landslides, and flooded more than 211,000 buildings. In more recent history, Typhoon Talas made landfall on Shikoku in September 2011 after weakening to tropical storm strength.2 Its large size (675 km in diameter) and slow forward movement (18 km/h)3 caused widespread, record-breaking rainfall from western to northern Japan. Much of the Kii Peninsula received more than 1,000 mm, according to the Japan Meteorological Agency; the observation station at Kamikitayama Village in Nara Prefecture recorded 1,652.5 mm of rainfall in 72 hours—a record high in Japan—and the amount of precipitation was estimated to be more than 2,000 mm in some areas based on Radar/Rain gauge-Analyzed Precipitation. The deluge caused land- and mudslides, inundation and river flooding, and extensive property damage.

There are many examples from other countries as well, such as typhoons Nina (1975) and Bilis (2006), both of which struck China, and Manila’s Typhoon Ketsana (2009); all three made landfall as tropical storms and produced copious precipitation that caused widespread flood damage. One explanation for their high rainfall rates, besides slow forward movement, is that their weak winds allowed them to forfeit their moisture to other more organized, albeit unnamed, systems they encountered, which could then more efficiently convert that moisture to profuse amounts of precipitation. The anonymity of a companion system and its proximity to the typhoon means the typhoon is usually credited for the rainfall and the flooding.

While steps to protect Tokyo from flooding had been taken prior to Kathleen, they were inadequate to deal with the severity of this storm. The first River Law was passed in 1896, requiring levees to be constructed along river banks and meandering channels to be straightened so that water would flow directly out to sea and not apply undue lateral forces to the levees.4 The work was completed in 1930 but did little to prevent several severe floods leading up to Kathleen, including Typhoon Muroto (1934), a flood in 1938 in the Tokyo and Kobe regions, and Typhoon Makurazaki (1945).  Not until after Typhoon Vera—12 years after Typhoon Kathleen and more than 3 million flooded properties later—did Japan enhance and fortify the banks of its inland rivers, coastal dikes, and levees. More recent years have seen further mitigation efforts, including the completion of the Metropolitan Area Outer Underground Discharge Channel—the world's largest underground floodwater diversion facility—in the Greater Tokyo Area in 2006.

In the 1940s, Numerical Weather Prediction (NWP) was in an experimental stage, and certainly incapable of making the kind of precipitation or flood forecast that could have saved hundreds of lives and thousands of properties from Kathleen’s floodwaters. With high resolution NWP-based forecasts widely available today, the loss of life from such extreme events has been greatly diminished; with careful planning and engineering, property loss has also been greatly reduced.

To prepare for disasters such as Typhoon Kathleen, one must understand the range of possible losses—before they occur.

The updated AIR Typhoon Model for Japan, anticipated for release this fall, shows how accurately Kathleen’s precipitation-induced flood hazard can now be modeled, including the impact to property at the time of the event and how that impact could be mitigated were Typhoon Kathleen to recur. Kathleen, however, is just one example of the extensive and widespread damage typhoons can produce in Japan and around Tokyo. The model realistically simulates the full range of precipitation patterns associated with typhoons. Our updated model uses an innovative approach to capture precipitation from all sources for a more realistic view of antecedent conditions; a two-dimensional flow model to more accurately simulate flood depth; and an updated industry exposure database that reflects properties at risk as of the end of 2016. The model also explicitly accounts for updated mitigation efforts in Japan, such as the Metropolitan Area Outer Underground Discharge Channel.

Ultimately, catastrophe models—such as the AIR Typhoon Model for Japan—help organizations evaluate the full range of potential events so that they can manage the risk effectively; understand how those events will impact us and our world; and mitigate losses and enhance resilience through planning and engineering.

1 All USD amounts are based on an exchange rate of JPY 1 = USD 0.0088, current as of the end of June 2017.
2 Hurricane Season 2011: Tropical Storm Talas (Northwest Pacific Ocean)
3 Why Japan's Typhoon Talas Was So Deadly
4 Historical assessment of Chinese and Japanese flood management policies and implications for managing future floods